In January, Netflix announced that it was raising the prices for all of its subscription tiers, making the popular "Standard" tier increase from $10.99/month to $12.99/month. This change took effect immediately for new customers signing up for Netflix, while existing customers were grandfathered into their prices for a limited time. 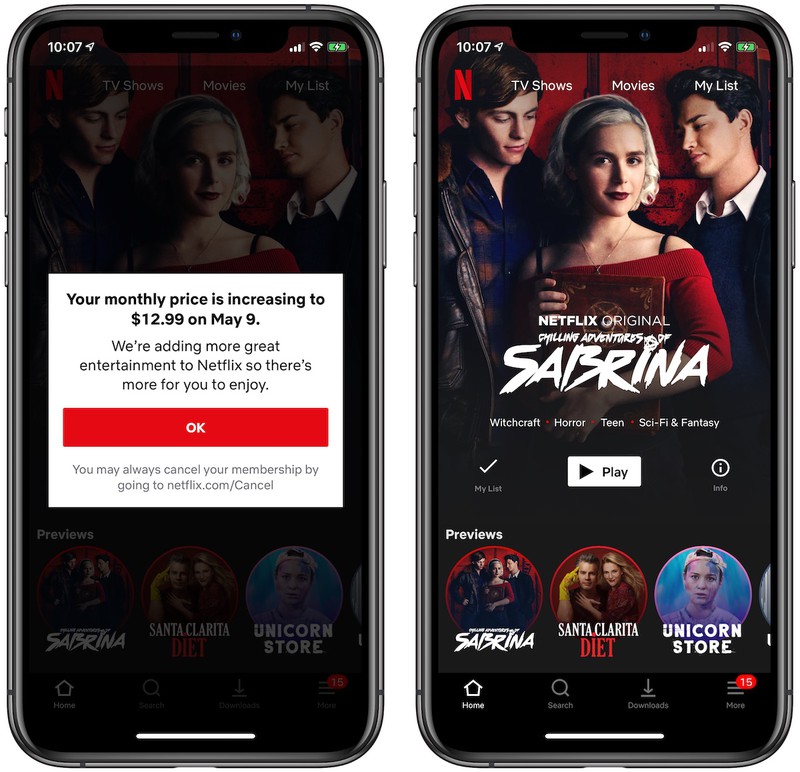 In the email, Netflix says that this price hike is required to improve the service so that subscribers can have "even more" TV shows and movies to enjoy. Netflix has been quickly increasing the amount of original content on its service as third parties remove their films and TV shows and create their own streaming platforms, like Disney has done for its upcoming service Disney+. In order to fund all of the original productions, subscription costs have now increased for all Netflix users.

We hope you have been enjoying your Netflix membership. We are writing to let you know about an upcoming change. Your monthly price is increasing to $12.99 on Thursday, May 9th 2019. Why? We’re hard at work improving Netflix so that you can have even more great TV shows and movies to enjoy.

Here’s to watching what you want, when you want, where you want. You can change your plan, or if you do not wish to continue your membership, as always you can cancel any time at netflix.com/cancel.
We're here to help if you need it. Visit the Help Center for more info or contact us.

This new price hike represents a jump of between 13 percent and 18 percent, which is Netflix's biggest price increase since it launched streaming 12 years ago. According to a CNBC report, Netflix will also use the extra cash to finance debt that it's recently taken on to "ward off streaming threats" from rivals like Apple, which just revealed its Apple TV+ streaming service that's set to launch later in 2019.

Excuses... There is no need for "even more" content. People can barely keep up with what it's already there.
Score: 8 Votes (Like | Disagree)

JetTester
Dropped Netflix a couple years ago. Now I'm even happier that I did!
Score: 7 Votes (Like | Disagree)
Read All Comments