Fortnite today has been updated to version 7.30 on the iOS App Store, introducing support for MFi controllers on iPhones and iPads. This means that controllers like the SteelSeries Nimbus and Gamevice accessories can now be used to play Fortnite while connected to your iOS device (via TouchArcade). 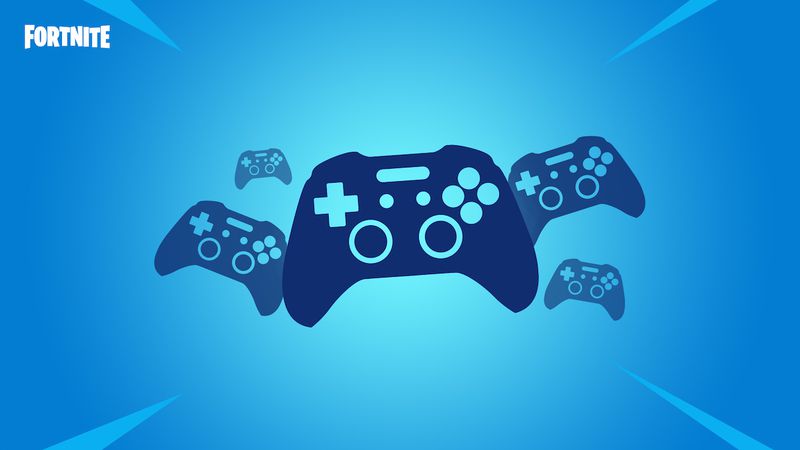 It's been nearly one year since Fortnite's Battle Royale mode launched as a standalone app on the iOS ‌App Store‌, first debuting as a beta in March 2018. The game tasks players with surviving in a 100-player battleground until they're the last person standing. On mobile, the game used an on-screen joystick to control your character before today's introduction of Bluetooth controller support.

Anyone playing Fortnite on iOS can use Cross Play to play with people on other consoles, like Xbox One, PC, and Mac. As Fortnite gained popularity, in June the game was estimated to have earned $100 million from players on the iOS ‌App Store‌ alone in the three months it had been available.

Wait, what? I've never played Fortnite, but I assumed this game, being a shooter and all, supported MFi controllers from the start.

How did it take a YEAR to add support for something that makes the game so much easier to play??


Because they didn't want controller users destroying non controller users on mobile devices. They've now got an entire new back end that matches different inputs together - so controller on iPad/iPhone will match you with controller players on consoles and mobile.
Rating: 4 Votes

Xenomorph
All MFi controllers are a disappointment, and it's Apple's fault. Their design makes them almost like a console controller, just missing 3 or 4 buttons. It makes direct console ports a little hard. And it holds back the Apple TV as something that could be a serious console.
Rating: 3 Votes

All MFi controllers are a disappointment, and it's Apple's fault. Their design makes them almost like a console controller, just missing 3 or 4 buttons. It makes direct console ports a little hard. And it holds back the Apple TV as something that could be a serious console.

That was correct a year ago but since iOS 12.1 L3/R3 buttons are now supported and there are a few models that have all console buttons and then some. RotorRiot is one and I will be receiving W18 Wireless Controller Gamepad Game MFI Certified Bluetooth Speedy Joystick Joypad today. https://www.amazon.com/dp/B07M997R3M/ref=cm_sw_r_cp_api_i_J.huCbK47MSRV
Rating: 2 Votes

Can the AppleTV version be coming soon now?

Hi! How is it? Does the L3/R3 work? The reviews said they didn’t

Correct they didn’t. I was one of those reviews and looks like amazon removed the listing for review.
Rating: 1 Votes

Thanks for sharing this. When I got my SteelSeries controller, I didn't realize I couldn't do L3, R3 like a standard controller and it really made me less interested in gaming on my phone. I will be picking this up. Once you receive it, I'd love to hear your impressions! Thanks!

Looks like even though the W18 controller has the buttons they are not supported for iOS. Appears that only the RotorRiot has functioning L3/R3 buttons that are usable and mappable in games and game streaming apps like R-Play and Moonlight.
[doublepost=1548865619][/doublepost]

Uh, a few things. Loads of console games do not use all the buttons on the controller. As I understand it "direct console ports" to iOS devices being hard has very little to do with MFi controllers. There's a lot more than just controllers holding the ATV back from being a serious console.

There's more, but those are the highlights. The ATV supporting games has been and is more about playing iOS games on a big screen than it is about replacing a console in your livingroom.
[doublepost=1548861879][/doublepost]
I've seen this sentiment several times on here now, and I'm genuinely confused. When you got your SteelSeries controller, what games were you playing on iOS that supported L3/R3? What games do you have now that you think will? The only one's I can think of off the top of my head that might are Minecraft and (presumably) Fortnite. Am I missing something? Is there a back-catalogue of mid 2000's shooters and action games that got ported onto the platform with their sprint functionality intact but sadly repressed by the lack of joystick press on MFi controllers somewhere that I just haven't found? I have so many questions!


L3\R3 support wasn’t even added until iOS 12.1 but I would be frustrated purchasing an MFi controller in the past couple months at a premium price that didn’t have those buttons of which nearly all remote game streaming apps now support and many future games may add support for. Fortnite does support them for one example and they are buttons used quite often in shooter games.
Rating: 1 Votes

mozumder
It's hilarious playing Fortnite on iOS, where everyone stands still for a split second right before shooting someone in the middle of battle because they have to adjust to the screen controls.
Rating: 1 Votes
[ Read All Comments ]