Fortnite on iOS Has Now Earned $100M Since Launch

Popular battle royale game Fortnite has earned more than $100 million in revenue in its first 90 days of availability on iOS devices, according to new data shared by app analytics firm Sensor Tower. 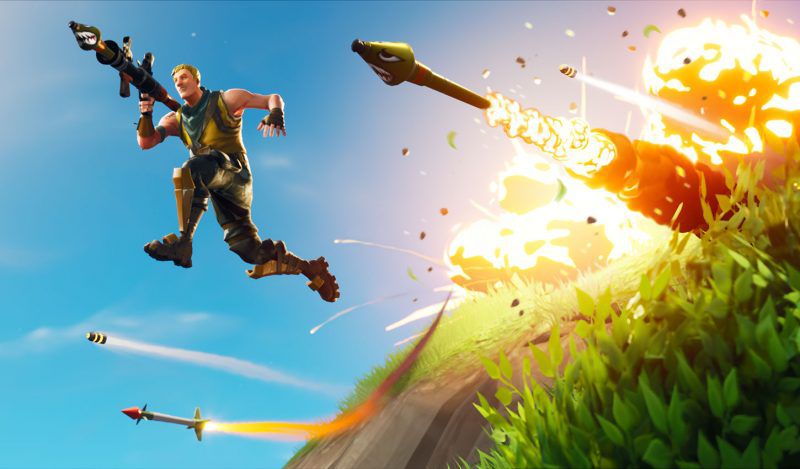 The figure means Epic Games' title for iPhone and iPad has become the second-fastest app to reach the milestone in its category. Clash Royale retains the top revenue record, earning the same amount in only 51 days.

It took Fortnite’s mobile players 90 days to spend $100 million in the game. We looked at how this compared to its rivals above. Among them, Clash Royale managed the fastest time from launch to the $100 million milestone on iOS, accomplishing the feat in just 51 days. Fortnite, however, reached this point nearly three months faster than Knives Out and Honor of Kings, at 173 and 179 days, respectively.

When it was in beta, Fortnite earned more than $1.5 million, and during its first month of availability on iPads and iPhones, the game brought in $25 million. It only took two weeks for that to double to $50 million. Six weeks later, that figure has also doubled, which is all the more impressive given that Fortnite was invite-only for the first three months.

Fortnite is free to download, but encourages players to buy "V-Bucks" in the app so they can purchase customization items like emotes, outfits, gliders, and more. The minimum in-app purchase is $9.99 for 1,000 V-Bucks, but players can spend more if they want. Players are also able to earn V-Bucks in game, but must invest a lot of play time to do so.

PUBG, another battle royale game that launched shortly after Fortnite, has not been as successful – Sensor Tower estimates that it has grossed around $5.2 million on iOS, and attributes the lower figure in part to its loot box monetization strategy. While Fortnite offers unique items available for a limited amount of time, PUGB only allows players to purchase randomized boxes that can result in duplicate and non-useful items.

jonnysods
Man, and apple got $30m just for offering the platform. Not a bad piece of the pie!!
Score: 3 Votes (Like | Disagree)

Glockworkorange
If only you could be decent at the game without all of the building....
Score: 1 Votes (Like | Disagree)

deeddawg
Translation -- they whisked $100,000,000+ out of people's pockets in exchange for moving a bunch of pixels around on a screen...
Score: 1 Votes (Like | Disagree)

Tuesday April 7, 2020 4:28 am PDT by Tim Hardwick
Two images shared on social media this morning are currently stoking speculation about possible hardware redesigns coming to the iPhone 12 and the potential introduction of Home screen widgets in iOS 14. Shared by Twitter user Fudge (choco_bit), the images depict a front and rear graphical representation of a smartphone with interface elements on the screen, suggesting it came out of a...
Read Full Article • 140 comments

Thursday April 9, 2020 7:32 am PDT by Joe Rossignol
LG today announced pricing and availability for its 2020 NanoCell TVs with AirPlay 2 and HomeKit support in the United States. The first 4K models are rolling out now, with pricing starting at $599 for a 55-inch model. The entire 4K lineup will be released by September, including up to an 86-inch model for $3,299. 8K models will also be rolling out in May and June, including 65-inch and...
Read Full Article • 119 comments

Tuesday April 7, 2020 7:00 am PDT by Eric Slivka
Rumors of Apple-branded over-ear headphones have been circulating for quite some time, while more recent rumors have mentioned an "AirPods Pro Lite" that could also be in the works, and Twitter leaker Jon Prosser's recent foray into Apple rumors provides a bit more detail on what we might able to expect for these products. Current Beats Studio3 Wireless and BeatsX On the over-ear side,...
Read Full Article • 87 comments