Johny Srouji Reportedly Staying at Apple, Not in the Running for Intel CEO

Following a report last week that Apple's chipmaking chief Johny Srouji was on Intel's list of candidates for CEO, The Motley Fool's Ashraf Eassa says that Srouji has informed his team that he will be staying at Apple. 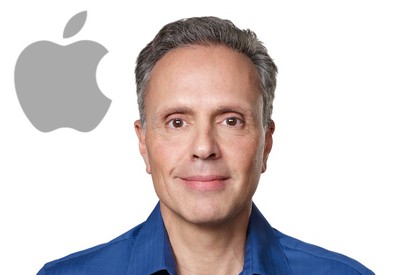 Eassa, who follows Intel very closely, has offered no other details on the situation, so it's unclear whether Srouji was never seriously considered, withdrew his name, or was passed over as Intel narrowed its list.

I’ve heard that Johny Srouji is NOT a candidate for $INTC CEO. He apparently told his staff that he’s not going anywhere. $AAPL — Ashraf Eassa (@TMFAshrafEassa) January 26, 2019

Srouji spent over a decade at Intel from 1993 to 2005, bookended by a couple of brief stints at IBM. He joined Apple in 2008 to lead development of Apple's custom A-series chips starting with the A4 that appeared in the iPhone 4.

AngerDanger
This is excellent for Apple and terrifying for any employees that get caught in his gaze. :eek:

Pbrutto
Awesome news, his work is nothing short of incredible...
Score: 9 Votes (Like | Disagree)

We all knew this. Intel is a sinking ship without a captain and Apple will once again dominate over big blue.

You do know "Big Blue" is IBM right?

Awesome news, his work is nothing short of incredible...

Apple was at its best when run by an Arab - Steve Jobs - so it’s about time another Arab took over. Anything’s better than the current CEO, who is an over-promoted warehouse manager.

Flat out sad the genius of Tim Cook, recognized by your leader Steve Jobs, has been reduced to this kind of nonsense from the uninformed.
Score: 7 Votes (Like | Disagree)

CPark98
We all knew this. Intel is a sinking ship without a captain and Apple will once again dominate over big blue.
Score: 6 Votes (Like | Disagree)
Read All Comments

Wednesday May 5, 2021 11:03 am PDT by Juli Clover
As the Epic Games v. Apple trial progresses into its third day, Apple's internal documents and communications with various companies are continuing to surface, giving us some insight into the dealings that Apple has had around the App Store. Back in December 2018, Netflix stopped offering in-app subscription options for new or resubscribing members and instead began requiring them to sign up ...
Read Full Article • 414 comments