Strategy Analytics: Apple Shipped an Estimated 2.5 Million Fewer iPhones in China in 2018 Than in 2017

Apple shipped an estimated 34.2 million iPhones in China in 2018, down from 36.7 million in 2017, according to new data shared today by Strategy Analytics. 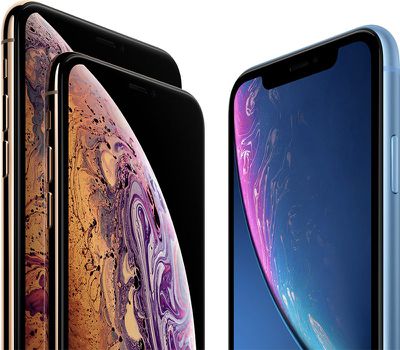 Apple surpassed Xiaomi to become the number four smartphone vendor in the country, but its iPhone sales fell short of Huawei, OPPO, and Vivo, all Chinese companies that make more affordable smartphones.

For 2018 in total, Apple came in fifth in China, trailing behind the four major Chinese smartphone vendors. Huawei was the number one vendor in China, shipping an estimated 105.1 million smartphones during the year. OPPO shipped 82.8 million, Vivo shipped 79.3 million, and Xiaomi shipped 50 million.

Despite the slight year-over-year jump, Apple trails all major Chinese smartphone vendors in the country when it comes to market share, including Huawei, OPPO, Vivo, and Xiaomi.

Fourth quarter smartphone shipments in China declined by 11 percent annually, with a total of 107.9 million units shipped by all vendors. That's down from 121.3 million in the fourth quarter of 2017. Smartphone shipments also fell 11 percent annually, with 408.5 million smartphones shipped in China in 2018 down from 459.6 million in 2017.

Overall smartphone shipments have declined for five consecutive quarters in China, which has heavily impacted Apple. Apple recently downgraded its guidance for the first fiscal quarter of 2019 (which is the fourth calendar quarter), blaming the move on poor ‌iPhone‌ sales, primarily in China.

Strategy Analytics Director Linda Sui said that the holiday quarter was Apple's worst performance since early 2017. Apple's ‌iPhone‌ shipments have dropped on a year-over-year basis in China for 8 of the last 12 quarters.

Apple has been under pressure in China for the past three years. Ongoing patent battles with Qualcomm are a distraction, while Apple is being heavily criticized for its expensive retail prices. Apple is in danger of pricing the iPhone out of China."

To boost sales in China, Apple has cut the prices of its iPhones for third-party distributors in China, allowing distributors to provide iPhones at lower prices for Chinese customers. The biggest discounts have been on the iPhone XR.

Apple's lowered pricing comes just ahead of the Chinese New Year in February, with Apple hoping the discounts will lure shoppers into purchasing a new ‌iPhone‌ during the holiday.

2GoldFish
Bring the iPhone price up a bit more in 2019 and it should solve it. :rolleyes:
Score: 12 Votes (Like | Disagree)

mi7chy
Has nothing to do with trade war but rather competition has just gotten better in design, quality and value. Started in July of 2018 with Huawei taking over #2 from Apple so long before the trade war.
Score: 9 Votes (Like | Disagree)

A MacBook lover
From 36 million to 34 million. Apple doomed
Score: 7 Votes (Like | Disagree)

Never thought I'd see "better in design, quality and value" associated with Huwaei. That's one for the ages.

Seriously though, you'd make a killing in stand up comedy.

You should check with consumers not wearing Apple-colored glasses. Those in other G20 countries where Huawei isn't banned for political reasons.
Score: 7 Votes (Like | Disagree)

Huawei's device comes with a 6.4" OLED, Face ID, under-display fingerprint reader, 3 rear cameras, and 128GB of storage. Sure, iOS matters. But at some point, specs and features too.

Chinese brands had already adopted 6" phablets in 2017. What Apple launched in 2018 is effectively what was already available. Chinese consumers have very much less incentive to upgrade in 2018/2019.
Score: 6 Votes (Like | Disagree)
Read All Comments