Steve Carell, best known for his stint on "The Office," is joining Apple's morning show drama, where he will star alongside Reese Witherspoon and Jennifer Aniston, reports Variety.

Since the U.S. version of "The Office" ended in 2013, Carell has starred in a number of movies, but the morning show drama will mark his first return to television. 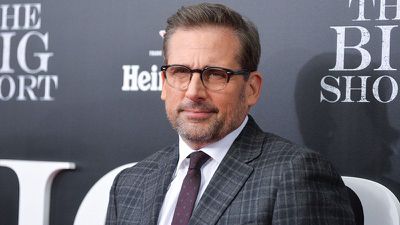 Image via Erik Pendzich/REX/Shutterstock
Apple's morning show drama was one of the first television projects that it greenlit, and details on the show first surfaced in November 2017.

Set to star Reese Witherspoon and Jennifer Aniston, the show, which is still unnamed as of yet, is based on Brian Stelter's non-fiction book "Top of the Morning: Inside the Cutthroat World of Morning TV." It will explore the drama-filled lives of the men and women who star on morning talk shows.

Carell will play Mitch Kessler, a morning show anchor who is "struggling to maintain relevance in a changing media landscape," according to Variety.

Apple has already signed on for two 10-episode seasons of the show, which is also being produced by Aniston and Witherspoon.

Apple has more than a dozen original television shows in the works, the first of which could debut in March 2019 through a rumored video service that Apple is planning to launch.

At least some of the content included in the upcoming video service could be free to watch through the Apple TV app.

No one's watching them, because they aren't released yet.
Score: 12 Votes (Like | Disagree)

Apple2GS
If Apple made The Office, they would have to edit out 80% of the jokes, Apple is too PC for comedy.
Score: 7 Votes (Like | Disagree)

I wish Apple would stop this nonsense and get back to making Macs like they once did.

I would love to see all the people in charge of original programming forced to make Macs. What could go wrong?

How come no-one complains about luxury cars being too expensive. I'd love a Bugatti, but they're too expensive for me, I don't go onto their forums and complain that they are too expensive.
Score: 5 Votes (Like | Disagree)

I wish Apple would stop this nonsense and get back to making Macs like they once did.

If all they did was make Mac's, they would be out of business. I bet this TV stuff brings in more revenue in a single year than the Mac will that same year.
Score: 4 Votes (Like | Disagree)

JHBrown
Tough crowd here, though not surprising. Personally, this one looks interesting.
Score: 4 Votes (Like | Disagree)
Read All Comments