Some iPhone XS and XS Max Units Won't Start Charging While Screen is Turned Off [Fix Coming in iOS 12.1]

A number of iPhone XS and iPhone XS Max owners in the Apple Support Communities and MacRumors Forums report that the devices fail to start charging when a Lightning cable is plugged in while the screen is turned off. 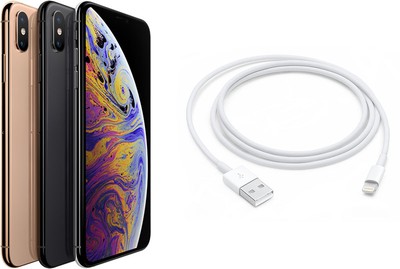 As with many crowdsourced issues, experiences vary. In most cases, the iPhone XS or iPhone XS Max begins charging once the user wakes the device by tapping or raising the screen. However, some users report having to both wake the iPhone and disconnect and reconnect the Lightning cable to get a charge.

In rarer cases, the iPhone stops responding entirely at some point after a Lightning cable is plugged in while the screen is turned off.

Unbox Therapy's video uses the hashtag #ChargeGate
Affected customers have documented the issue in at least a dozen discussion threads across the web, including the Apple Support Communities, MacRumors Forums, Reddit, Twitter, YouTube, and other forums and platforms. It's unclear how widespread the issue is at this time, but not everyone is affected.

Some users have speculated the issue could be related to USB Restricted Mode, introduced in iOS 11.4.1, which prevents an iPhone, iPad, or iPod touch from communicating with USB accessories via the Lightning connector if one hour or longer has passed since the device was last unlocked.

However, while USB Restricted Mode is enabled by default in iOS 12, Hilsenteger and others say disabling the feature does not help. Apple also has a support document that ensures "your iPhone, iPad, or iPod touch charges as usual when it's connected to a USB power adapter" with the feature toggled on.

In the YouTube comments on the Unbox Therapy video, some users claim to be experiencing the same issue on older iPhones and iPads, so there is a decent chance this is a software issue that could be addressed in a future iOS 12 update. In the meantime, there does not appear to be a workaround.

If you are affected by this issue, we recommend contacting Apple Support. Apple frequently passes on device information and diagnostics to its engineering teams to address potential bugs like these, so all feedback helps.

Apple did not respond to multiple requests for comment, but we'll update this article if we receive any information.

Update: Apple has confirmed that this issue will be addressed in iOS 12.1.

aaronhead14
Absolutely ridiculous. Especially considering the price of these things. If Apple charges a premium, they need to deliver on the premium experience.
Score: 129 Votes (Like | Disagree)

yes3sir
Someone please invite this guy to the next Apple event so he can shut up.
Score: 114 Votes (Like | Disagree)

iamMacPerson
'Serious problem'. It's a bug lol. Talk about clickbait. I'm not a huge Apple defender, but this guy is desperate.
Score: 56 Votes (Like | Disagree)

yes3sir
He's trying so hard to get the same glory of 'Bendgate' back.
Score: 48 Votes (Like | Disagree)

Ries
How Apple changed after Steve.

“Many talented employees who’ve given part of their life for Apple were now regularly being disciplined and terminated for reporting issues they were expected to (report) during Mr. Jobs tenure,”
Score: 41 Votes (Like | Disagree)
Read All Comments

Thursday May 13, 2021 10:32 pm PDT by Sami Fathi
A new rumor suggests that Apple will announce the third-generation AirPods and the recently rumored HiFi, or high-fidelity Apple Music tier, on Tuesday, May 18, via a press release on its website. The new rumor comes from Apple YouTuber Luke Miani who shared the alleged exclusive news with the AppleTrack website. According to the YouTuber, Apple plans to release the next-generation AirPods...
Read Full Article • 168 comments

Friday May 14, 2021 7:30 am PDT by Eric Slivka
Christopher Stringer, a key member of Jony Ive's design team who spent 21 years at Apple before departing in 2017, is resurfacing today with his new venture Syng, which seeks to make an impact in the high-end audio market. Stringer, who contributed to many of the most iconic product designs in Apple's history, announced his plans roughly a year ago, and Syng is today introducing its flagship ...
Read Full Article • 116 comments

Saturday May 15, 2021 11:08 am PDT by Juli Clover
Twitter has been working on some kind of subscription service since last summer, and Jane Manchun Wong, who often digs into new features coming in apps, has shared details on just what Twitter is exploring. Twitter's subscription service could be called Twitter Blue, and at the current time, it's priced at $2.99 per month. There will be a "Collections" section that allows users to save and...
Read Full Article • 61 comments