The second beta of iOS 12.1, which was released this morning, includes a fix for a charging issue affecting the iPhone XS, XS Max, and other iOS devices.

Discovered following the launch of the two new iPhones and highlighted over the weekend, the charging bug causes some iPhone and iPad devices to refuse to charge over a Lightning connection when the screen is not activated. 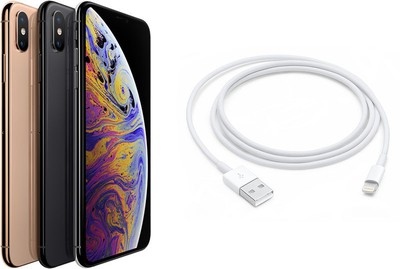 According to iMore's Rene Ritchie, the new iOS 12.1 beta fixes the issue so iOS users will no longer need to double check to make sure their devices are charging after being plugged in.

Today’s iOS 12.1 beta includes a fix for the charging issue some people were experiencing with iPhone and iPad. With it, no more delay or uncertainty about charging. You’ll be back to just plugging it in and getting power. (Pretty much what I said in my video yesterday.) — Rene Ritchie (@reneritchie) October 2, 2018

The bug does not affect all iPhones and iPads, but those who are impacted have seen their devices fail to charge over Lightning when plugged in while the iPhone is asleep.

Tapping the iPhone to wake it up in this situation resumes charging, but an iPhone that is affected and plugged in with the screen deactivated can refuse to charge, resulting in uncertainty over whether or not a device is actually charging.

While this issue originally came to light because of complaints from iPhone XS and iPhone XS Max owners, it appears it was widespread and affected many devices running iOS 12.

AppleHaterLover
Issue fixed by software 3 days after this entire forum and some youtubers made a MASSIVE ****ING FUSS over some minor testing oversight.

StellarVixen
Another "gate" down. Now, would you stop with that "gate" nonsense whenever some minor problem pops up, OK?

Another "gate" down. Now, would stop with that "gate" nonsense whenever some minor problem pops up, OK?

Thank you in advance.

Well they still need to solve the bad reception people been having issues with
Score: 20 Votes (Like | Disagree)

snowboarder
any word about wifi/LTE issues?
Score: 16 Votes (Like | Disagree)

Issue fixed by software 3 days after this entire forum and some youtubers made a MASSIVE ****ING FUSS over some minor testing oversight.

Minor testing oversight? As in ‘the most basic function of a battery-powered phone’ kind of oversight?

I’m a huge Apple consumer and have been since they nearly went bankrupt right before the arrival of the iPod which saved the company. That being said, I don’t drink this ridiculous kool-aid.

Most people will argue that for that kind of money, one shouldn’t have to worry about plugging in a phone at night.

Issue fixed by software 3 days after this entire forum and some youtubers made a MASSIVE ****ING FUSS over some minor testing oversight.

Issue fixed in a beta version that has yet to be released, so not fixed in three days because it’s not general release, there is no patch as of yet to sort this out so if you’ve got a phone that doesn’t charge what are you supposed to do, keep changing the phone till you get one that does charge? Not ideal really, not exactly what I would expect of a phone at this price point, in fact not what I would expect of any phone at any price tbh.
Score: 12 Votes (Like | Disagree)
Read All Comments