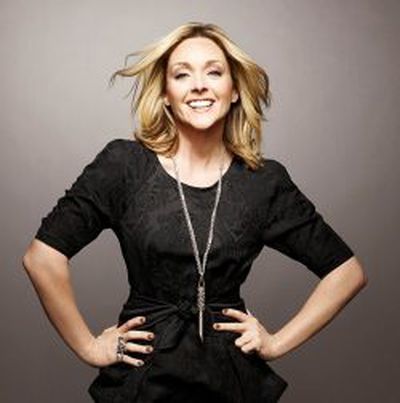 Jane Krakowski, known for her roles in "Unbreakable Kimmy Schmidt" and "30 Rock," has joined the cast of Apple's upcoming "Dickinson" series, reports Variety.

"Dickinson," which Apple ordered back in May, is a half-hour show about the life of poet Emily Dickinson, who will be played by Hailee Steinfeld.

"Dickinson" has been described as a comedic look into Emily Dickinson's world that explores the constraints of society, gender, and family from the perspective of a budding writer who doesn't fit into her own time.

For those unfamiliar with Emily Dickinson, she was a prolific American poet known for short lines, slant rhymes, and irregular use of punctuation. Much of her work focused on death and immortality, and she was known for living a reclusive life.

The show is being written and executive produced by Alena Smith, who was previously a writer on "The Affair" and "The Newsroom." David Gordon Green, known for "Stronger," Red Oaks," "Vice Principals," and "Pineapple Express" will direct.

"Dickinson" is just one of more than a dozen television shows Apple has in the works. Several of the shows are now in the casting stages, including an untitled space drama from Ronald D. Moore that will star Joel Kinnaman, "Are You Sleeping" starring Octavia Spencer, world-building drama "See" that will star Jason Momoa, and a series based on child journalist Hilde Lysiak starring Brooklynn Prince.

Rumors have suggested that we'll see the first of Apple's television shows debut in March 2019. It's not yet entirely clear how Apple plans to distribute the TV shows, but given the sheer number of different shows in the works, it's likely Apple plans to introduce a new streaming service based on its original content.

According to a June report from The Information Apple is considering building a bundle that would include access to original TV content, Apple Music, and news and digital magazines for one monthly fee.

Nothing says "world's leading 21st-century tech company" quite like the phrase "a half-hour show about the life of poet Emily Dickinson." :D

Netflix and The Crown say hello.
Score: 7 Votes (Like | Disagree)

dtpearson
I loved her in "The Rural Juror"
Score: 6 Votes (Like | Disagree)

pete2106
Good. She's fantastic in everything she does. She'll be a great asset to the show.
Score: 5 Votes (Like | Disagree)

Yeah, but under Tim Cook, Apple is clearly aspiring to be "Jack of all trades, but master of none", where they were quite amazing at a few things they did before (Mac, iPod, iPhone, iPad), now everything just average, buggy on release, and they've ignored their core group of users who make a living on the Pro products...

I still don't understand the point of making your own content. Apple was always about not doing EVERYTHING... just the few things BETTER than everyone else. Content exists everywhere. For Apple to claim that nothing that exists is any good, would make no sense. They were the vessel for the content to reach it's users... now they want to be both the vessel and the content producer. What's next? Will Tim Cook become the actors?

Yeah, but under Tim Cook, Apple is clearly aspiring to be "Jack of all trades, but master of none", where they were quite amazing at a few things they did before (Mac, iPod, iPhone, iPad), now everything just average, buggy on release, and they've ignored their core group of users who make a living on the Pro products...
Score: 4 Votes (Like | Disagree)
Read All Comments