Apple may be planning to develop a single subscription service that would offer customers access to its original TV shows, Apple Music, and digital magazines, according to sources with knowledge of the company's plans that spoke to The Information.

Apple has ordered multiple television shows, ranging from comedies to dramas, but there has been no clear word on how these shows would be distributed. 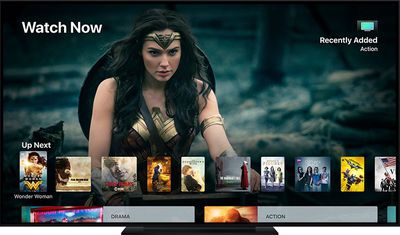 Its first original shows, "Planet of the Apps" and "Carpool Karaoke: The Series" debuted in Apple Music as a perk for Apple Music subscribers, but that would not likely be sustainable for the more than a dozen shows that are in development, so it makes sense that a wider TV offering is in the works.

According to The Information, Apple will begin by launching a digital news subscription service next year, which will combine the Apple News app with magazine subscription service Texture, which Apple purchased back in March. Bloomberg in April also said that Apple was working on such a service.

Apple eventually plans to bundle the digital news subscription service with both Apple Music and the video content that is in the works, but it is not known when Apple will provide the new subscription offering, nor what it will be priced at.

Apple is said to be planning to continue to offer each of the services on a standalone basis, suggesting a standalone TV service as well, and discussions are still underway about what its subscription services will look like, so a bundle might not ultimately come to fruition.

It isn't clear if Apple would roll out some of its original programming for free initially and then bundle it with the other services, the people said. The discussions at Apple are still ongoing about what the subscription service ultimately will look like and could change, they said.

Prior rumors have suggested that the first of Apple's television shows will launch sometime between March 2019 and the summer of 2019, which would mean a TV subscription service would likely come out around that time.

Apple has previously attempted to build a television subscription service that offers shows and movies from third-party content providers, but it was never able to establish the deals necessary to make that happen. With its own slate of original TV shows, though, Apple does not need to rely on deals with content producers to roll out a streaming TV service.

iapplelove
Don’t care about news or magazines or even original content.

Let me stream everything iTunes has to offer for one monthly price.

Apple Music as well as movies and TV shows...that’s what I want.
Score: 11 Votes (Like | Disagree)

EdT
I'm not saying I think their shows are a waste of time but I don't see anything listed that I think is worth $5/month and it will probably cost more than that. Netflix has a broad range of shows, Amazon Prime we get because we live in the country and the free shipping eventually pays for the Prime service, and the rest of the subscription stations seem good when we watch at a friends house but when we ask how often they watch the channel its once or twice a week at most. Not worth it.
Score: 9 Votes (Like | Disagree)

elvisimprsntr
I already pay for free OTA TV through taxes and ads. Why would I pay for a service with likely biased news and content?
Score: 8 Votes (Like | Disagree)

Most Pay TV shows on AMC, HBO and Netflix are appealing mainly to men.

Little Hulu had a hit with The Handmaids Tale that targets women and men.

Apple is targetting straight to women, and women are 50% of the population and are much less likely to pirate, in my opinion.

farewelwilliams
this makes sense. one subscription for apple music, TV, and magazines would draw customers from Spotify/Netflix/Hulu/Amazon users. the last thing that they're missing is all-you-can-eat audiobooks/books

i think when Apple said their services revenue are going to double by 2020, it means that this service is going to launch pretty soon.
Score: 8 Votes (Like | Disagree)
Read All Comments