iPhone users who have been waiting to take advantage of Apple's discounted battery replacement offer may be in luck. 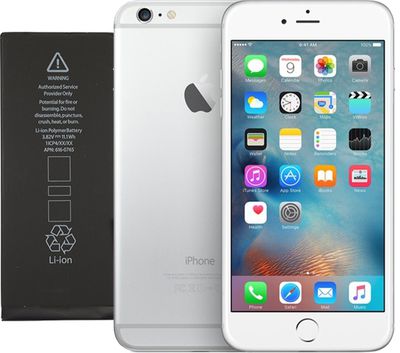 Apple has confirmed that "service inventory of all iPhone replacement batteries is now available without delay," in an internal memo distributed to Apple Stores and its network of Apple Authorized Service Providers on April 27. The document was obtained by MacRumors from a reliable source.

What this means is that Apple Stores and Apple Authorized Service Providers can now order iPhone replacement batteries from Apple and receive them without facing extended shipping delays, but that doesn't necessarily mean that every Apple Store or authorized repair shop will have supply available right away.

The information that Apple shared in this internal memo likely applies worldwide, but as with any supply-demand situation, availability of replacement batteries will likely vary by Apple Store and region. Apple's support website still notes that the replacement process may take up to five business days.

Apple previously said that replacement batteries for select iPhone models may be in short supply until late March or early April, and that certainly proved to be the case, as some but not all customers to date have been required to wait up to several weeks for their iPhones to be serviced and returned.

In fact, multiple sources have informed MacRumors that Apple hired third-party contractors, or reassigned existing AppleCare employees in some cases, to help clear the backlog of iPhone battery replacements at some of its stores.

Apple lowered its battery replacement fee to $29 in the United States in late December for the iPhone 6 and newer, as part of an apology over its lack of transparency about slowing down some older iPhone models to prevent unexpected shutdowns. The discount varies in other countries and is available until the end of 2018.

Apple has since released iOS 11.3 with a new feature that enables users to track their iPhone battery's health and performance status. The software update also automatically disables all performance management features that might have been enabled until another unexpected shutdown occurs.

To initiate a replacement, read our guide on how to get an iPhone's battery replaced at an Apple Store or Apple Authorized Service Provider. More details about what led to this point can be read in our FAQ.

Sasparilla
Every phone in the house gets a new battery before the end of the year...
Score: 7 Votes (Like | Disagree)

bluespark
Apple should consider making $29 battery replacements from now on. That could generate considerable consumer goodwill.
Score: 6 Votes (Like | Disagree)

Have you talked to Apple about it? Is it because of a battery replacement?

Originally went in to get battery replacement and i dropped it off and came back few hours later. They first refused to replace the battery because they claimed i had a third party glass on there and they were offering me to buy a replacement phone. i then looked at them and said theres no third party glass and they called the tech out that looked at the phone. when he came out he said its third party glass they cant do anything about it. i then reached for the phone and peeled off the tempered glass i had on there... so then they charged me $30 for the replacement phone. Havent gotten a chance to talk to apple yet. I'm not sure if its the phone its self or not. I've tried restoring and updating iOS. Still having issues with the finger responsiveness
Score: 1 Votes (Like | Disagree)

44267547
Good news. Even though initially delayed, at least they can start servicing the customers who actually _need_ the battery replacements.
Score: 1 Votes (Like | Disagree)

Good news. Even though initially delayed, at least they can start servicing the customers who actually _need_ the battery replacements.

that's how it should have been all along. appeasing squeaky wheels by letting folks replace still good batteries hurt those that actually needed a new one. stupid move, especially when they said from the start that the discount would be for the whole year. they should have been upfront that the stupid software kicks in at X percent and only done it for folks with that result. and set up a way for folks to have it checked at home so they didn't have to deal with all that appointment crap to be told their battery wasn't an issue yet.
[doublepost=1525923562][/doublepost]

First check if your device automatically qualifies for a replacement by entering your device's serial number here: https://www.apple.com/support/iphone6s-unexpectedshutdown/

If it does, I would think there's no need to worry about the current capacity.

1. the phone is question is a 6S plus and that program is only 6S.

2. they already said they don't give a **** about what your result is, if you wanna pay they will happily take your money
Score: 1 Votes (Like | Disagree)

I'm planning to replace the battery in my iPhone 6S Plus later this year. My battery reports no unexpected shutdowns and capacity still at 85% of design spec, but I would like to have 15% (or 17.6%..) longer battery life. Is there any chance that Apple will refuse to honor the cheaper replacement cost for such a relatively healthy battery? Or will they replace it for $29 no questions asked?

If your screen is cracked or any other problems, Apple won't replace the battery unless you also pay to fix the other problems first.
Score: 1 Votes (Like | Disagree)
Read All Comments

Monday November 28, 2022 10:42 am PST by Juli Clover
Apple has cut back on its Twitter advertising, according to Twitter CEO Elon Musk. In a tweet, Musk said that Apple has "mostly stopped" its Twitter ads, asking if Apple hates "free speech." Musk went on to publish a poll asking if Apple should "publish all censorship actions" taken that impact customers and he began retweeting content from companies that Apple has had moderation discussions ...
Read Full Article • 1442 comments