Netflix is said to be in advanced negotiations with former President Barack Obama and his wife Michelle to produce a series of high-profile shows for the streaming service, with Apple said to be waiting in line if a deal between the two parties falls through.

The New York Times reports that Netflix is offering to pay the Obamas to produce the exclusive content, according to people familiar with the discussions, although it's unclear how much is on the table given the couple's lack of experience in the media business. 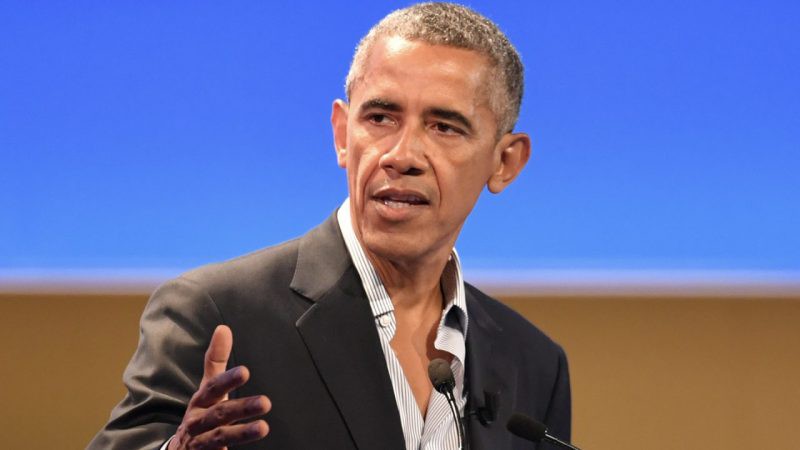 Image via Getty Images
However, rather than use the shows to respond to President Trump or conservative critics, Obama is reportedly interested in treating them as a platform for topics that dominated his presidency, such as health care, voting rights, immigration, foreign policy, and climate change.

Another program could feature Mrs. Obama on topics, like nutrition, that she championed in the White House. The former president and first lady could also lend their brand — and their endorsement — to documentaries or fictional programming on Netflix that align with their beliefs and values.

Several people familiar with the Netflix discussions said that executives from Apple and Amazon, which have their own streaming services, have also expressed interest in talking with Mr. Obama about content deals.

The New York Times notes that Obama retains close ties to Ted Sarandos, Netflix's chief content officer. Sarandos is married to Nicole A. Avant, an activist who served as Obama's ambassador to the Bahamas. Reed Hastings, the chief executive of Netflix, was also close to Obama while he was president and an attendee at state dinners, according to the report.

Apple has been comparatively slow at securing original content for its television offering, but the company now has at least 10 television shows in the early stages of development, including an untitled morning show drama starring Jennifer Aniston and Reese Witherspoon and an "Amazing Stories" reboot from Steven Spielberg.

neliason
Who would want to watch that? Entertainment should be entertaining. If you want politics there is plenty of that content already.

I don’t really like Obama or his politics. I don’t want to give money to a company that promotes them. I can’t understand why Netflix or Apple would want to have such a show.
Score: 80 Votes (Like | Disagree)

Naaaaak
Tim Cook can’t wait to get political again. So much for great products (or stable OSes).
Score: 68 Votes (Like | Disagree)

michaelsviews
What did he do? oh yea hang out in DC and lie his a$$ off.
Score: 47 Votes (Like | Disagree)

autrefois
I think this would be a perfect fit. Like Apple, Obama pretended to care about a number of causes that he did little about, and got a lot of good PR and incredibly rich while having a horrible effect on the lives of the poorest people around the world. In Obama's case it was through becoming the Deporter in Chief setting records for the deportation of millions of immigrants, and through expanding drone strikes killing thousands of people without a trial and in most cases without any proof they were actually related to terrorism. He got rich cozying up to banks (remember that $400,000 speech? You don't get offered that kind of money if you didn't richly benefit Wall Street). He even called his own policies those of a "moderate Republican" while insanely being labeled socialist. Apple gets rich off of being the world leader of maximizing profit, who in spite of their lefty veneer exploit workers who are working almost as slave labor. Despite the people who make their products earning so little money, Apple is on track to become a trillion-dollar company...
Score: 46 Votes (Like | Disagree)

stars_fan
I’d watch a series about Obama in Gitmo.
Score: 46 Votes (Like | Disagree)

Honestly, just a picture of Obama literally increases their heart-rate.

Nothing triggers Obama voters more than an extra $1000 in the working classes bank account every year. They’d much rather that go to “infrastructure”.
Score: 40 Votes (Like | Disagree)
Read All Comments