This year's Apple leaks have seen an uptick in activity thanks to data gathered from HomePod firmware, as well as internal files in pre-release beta software for iOS 11. Today, the newest piece of information comes from the latter source and concerns new exercises for the Apple Watch. 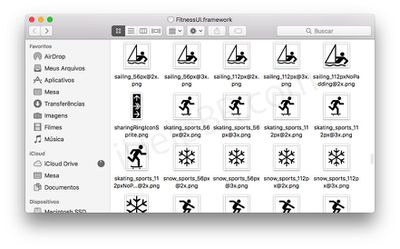 If the newly uncovered workouts become a reality in this year's Apple Watch software, it would mark a noticeable addition for exercise-focused Apple Watch wearers beyond the twelve options currently available. Although it wasn't detailed in the code findings, it's likely that the potentially new workouts will measure user data like active calories, total calories, heart rate, and more specific metrics pertaining to the exercise in question.

Apple is predicted to announce the Apple Watch Series 3 at its iPhone 8 reveal event in September, which we should be getting a date confirmation for at some point this week. Current rumors suggest the event could be held in the second week of the month, on September 12, but the first week is also a possibility, with an event as early as September 6.

One confirmed new workout that users can expect in watchOS 4 is High Intensity Interval Training, or HIIT, which Apple announced during WWDC this past June. Users will also be able to link together multiple workouts so they can see their overall calorie data and time measurements in one place.

and no sex activity?

Is it just me or do these screen shots look absolutely terrible? They are 1980' style graphics in 2017. Apple is pathetic in their insistence on using minimal color and details on their icons. Please hire a person that cares about the GUI experience.

When starting a workout, the least thing I want is to glare at unnecessarily detailed drawings that will be hard to see under bright sunlight.

Clearly identifiable stick figures, thank you, just like it’s used in the Olympic Games. It’s not even a question.

Hope it can all be switched off. Health spam at this point.

What are you talking about? It’s the possibly to select the sport you like and go - not like Apple is forcing you to go sailing or anything.
Score: 8 Votes (Like | Disagree)

zantafio
and no sex activity?
Score: 6 Votes (Like | Disagree)

When starting a workout, the least thing I want is to glare at unnecessarily detailed drawings that will be hard to see under bright sunlight.

Clearly identifiable stick figures, thank you, just like it’s used in the Olympic Games. It’s not even a question.

Agreed. On the Watch these end up as tiny green icons smaller than my pinky nail. Stick figures are perfect.
Score: 4 Votes (Like | Disagree)
Read All Comments

Saturday May 21, 2022 9:00 am PDT by Hartley Charlton
With around four months to go before Apple is expected to unveil the iPhone 14 lineup, the overwhelming majority of rumors related to the new devices so far have focused on the iPhone 14 Pro, rather than the standard iPhone 14 – leading to questions about how different the iPhone 14 will actually be from its predecessor, the iPhone 13. The iPhone 14 Pro and iPhone 14 Pro Max are expected...
Read Full Article • 348 comments