Apple and insurance provider Aetna met last week to discuss ways to offer discounted Apple Watch models to Aetna's 23 million subscribers, and CNBC has shared details on some of the topics that were discussed at the meeting, attended by Aetna employees, Apple executives, and health providers from major hospitals.

Aetna is aiming to determine whether the Apple Watch can be used by subscribers to improve health outcomes by encouraging them to exercise, eat better, and better manage health issues. Info on the meeting came from Mandy Bishop, an attendee who founded startup Lifely Insights. Much of the meeting consisted of feedback from Aetna employees who have been testing the Apple Watch. 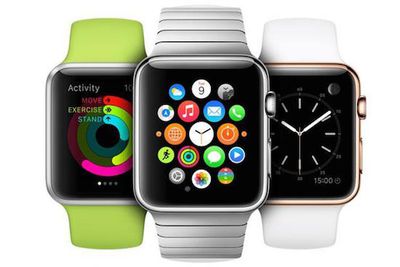 Data privacy, including who had access to what data, was a major topic of discussion, with Apple explaining that Apple Watch health data can only be shared with third-party apps and companies with express user consent.

The Apple Watch's lack of situational awareness was brought up as a pain point, such as when the device delivers a stand notification when a user is on a plane or in another environment that makes standing difficult. Cost was also a significant topic of discussion.

One theme that emerged during the event, she said, is that many of those who were enrolled in the program wanted to get healthy alongside their families. But many couldn't afford to spend upwards of $1,000 on devices for their spouses and children.

The cost issue wasn't entirely resolved, she said, but it proved to be a sticking point. It remains unclear whether Aetna will extend its discounts from employees and/or members to their family-members.

Apple and Aetna are said to be planning to implement some kind of Apple Watch program in early 2018, which would see the company offering free or discounted Apple Watches to its subscribers.

Aetna already has a program that provides a free Apple Watch to its 50,000 employees and it already subsidizes the cost for some subscribers, with data from that program being used to determine if an expansion is worth it.

Neepman
IF you don't think this is the nose in the tent of your health insurance company knowing 24/7 when you are gorging on french fries or eating kale , you are smoking crack. Of course they will know all about that too.
Score: 6 Votes (Like | Disagree)

I don't think anyone forgets the insurance company's most profitable customer is the one who doesn't need care. We all know that. What concerns some is providing copious amounts of data to the insurance company that could potentially allow them to exclude those who don't fit into the most profitable category. With the questions looming about healthcare in the US, I'd say the concern is a legitimate one.

IF you don't think this is the nose in the tent of your health insurance company knowing 24/7 when you are gorging on french fries or eating kale , you are smoking crack. Of course they will know all about that too.

I can already see this in the future: "Your Apple Watch reports that you haven't done the daily recommended amount of exercise for the past month. 25% premium increase please."
Score: 5 Votes (Like | Disagree)

What many forget is that for an insurance company, the most profitable customers are the ones that pay their bill every month and DON'T ever have to go to the doctor. It's in their best interest (financially) to prevent people from needing to use medial services and them having to pay out.

I don't think anyone forgets the insurance company's most profitable customer is the one who doesn't need care. We all know that. What concerns some is providing copious amounts of data to the insurance company that could potentially allow them to exclude those who don't fit into the most profitable category. With the questions looming about healthcare in the US, I'd say the concern is a legitimate one.
Score: 4 Votes (Like | Disagree)

Bigsk8r
I think if the data coming back thru HealthKit is helpful, then this is a great move on Aetnas part.
Score: 1 Votes (Like | Disagree)
Read All Comments