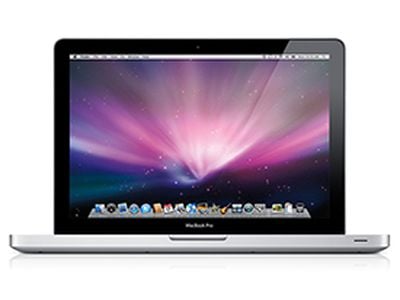 Apple says the following models are no longer eligible for its MacBook Pro Repair Extension Program for Video Issues:

The following MacBook Pro models remain eligible, so long as they were purchased less than four years ago:

Apple launched the repair program in February 2015 to address a "small percentage" of MacBook Pro models that "may exhibit distorted video, no video, or unexpected system restarts," allegedly due to faulty GPUs.

The program expired on December 31, 2016, but it's still in effect for eligible models up to four years from their original date of sale.

The video issues impacted many customers, prompting a class-action lawsuit against Apple and an online petition with over 40,000 signatures. Affected users often experience visual banding or malfunctions on the screen, particularly when watching HD videos or using pro apps such as Final Cut Pro X.

Apple will continue to repair Mid 2012 or Early 2013 models, free of charge. Affected customers can call an Apple Store to schedule a Genius Bar appointment, visit an Apple Authorized Service Provider, or call Apple Support and request a postage paid box to mail in the MacBook Pro to a local Apple Repair Center.

yes, yes it did. these machines are going on 7 years old. If any of my customers have one that still works, I'm sure to tell them about the ticking time bomb in the GPU. After letting them vent some verbal frustrations i remind them that the car they pulled up in is less than 3 years old and they traded up from one that was hardly 5 years old at the time of the trade.

I'm not sure what your role is, but if you work at Apple or an Authorised Dealership, you are awful at your job.
Score: 16 Votes (Like | Disagree)

FYI
This problem is also happening on PC laptops.

I have a bunch of HP elitebook 8560s at work that are failing with the Radeon GPU in them, and have been failing for a while.

All the vendors use the same GPUs and all will have similar issues when there is a GPU fault.


Apple did far more for their customers than any PC vendor here, so your decision to not buy a macbook (if based on this failure) is flawed...

The reason it is so prevalent on the MBP is because all the 15s had the AMD GPU in them. The HPs in question could have been ordered with integrated only, Nvidia, or AMD; only the AMD ones in this case are failing.

Nvidia had problems a couple of years earlier - similar problem, Apple did a similar extended repair program. Don't believe any of the PC vendors did.

Apple did nothing until they were sued.

iamMacPerson
Did they ever really fix the issue? Last I recall they were just replacing the logic boards with no real fix, meaning all these machines are doomed to die the same death they did last time.
Score: 10 Votes (Like | Disagree)

Did they ever really fix the issue? Last I recall they were just replacing the logic boards with no real fix, meaning all these machines are doomed to die the same death they did last time.

They were replacing them with identical logic boards, nothing changed on them. I am on my fourth(?) logic board, last one I had replaced back in December before the program ended. Crossing my fingers this one lasts until I get motivated to upgrade.
Score: 7 Votes (Like | Disagree)

The_Martini_Cat
I have this problem. It is intermittent. I have decided not to follow up on it. However, I have also set decided not to buy another MacBook Pro.
Score: 5 Votes (Like | Disagree)

I'm not sure what your role is, but if you work at Apple or an Authorised Dealership, you are awful at your job.

Yeah I hear the Apple store sells a lot of chrome books.
Score: 5 Votes (Like | Disagree)
Read All Comments