Mobile phone leaker @OnLeaks and tech blog @GearIndia posted a series of high-quality renders on Tuesday that claim to be based on leaked factory CAD images of Apple's upcoming OLED iPhone. 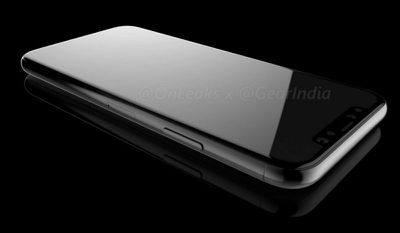 The images offer perhaps the clearest idea yet of how Apple's redesigned "iPhone 8" with edge-to-edge display may look with the screen powered off, if the company does indeed choose to sign off on a stainless steel-edged, all-glass design. The renders are based on the expectation that the iPhone 8 will be 144mm tall, 71mm wide, and 7.7mm thick, making it slightly larger than an iPhone 7 but smaller than an iPhone 7 Plus, and slightly thicker than both.

The pictures show the smooth front glass of the edge-to-edge OLED display, which is expected to lack any sort of button indentation in favor of an entirely virtual home button. The only visible features appear in a bezeled run-off area housing the microphone hole and a dual-lens front-facing camera, which is rumored to include 3D sensing capabilities, potentially for use in facial/iris recognition or future augmented reality functionality.

On the back we can see the widely-rumored vertical orientation of a slightly protruding dual-lens camera, a change from the horizontal arrangement used on the iPhone 7 and 7 Plus.

The placement of the Touch ID sensor isn't made explicit on these CAD-based renders and remains the biggest question mark concerning Apple's plans. Sources suggest the company has struggled to embed the Touch ID technology in the OLED display because of production challenges, which may force it to re-locate the fingerprint sensor to the rear of the device, possibly just below the Apple logo.


Apple is thought to be testing several prototypes for its redesigned "tenth anniversary" iPhone and rumors have toed and froed over whether production is behind schedule or on course for a September launch, when it is expected to be announced alongside the so-called iPhone 7S and 7S Plus. The last word on the subject comes from analyst Ming-Chi Kuo, who implied that this year's shortage could be more "severe" than in previous years, suggesting the phone could be hard to come by for several months after launch.
Tag: OnLeaks
Related Forum: iPhone
[ 167 comments ]

sk1wbw
Please start making phones thicker to make the camera flush with the body. My God.
Score: 60 Votes (Like | Disagree)

Squared and chamfered edges would make this so much better than having those curved edges.
Score: 14 Votes (Like | Disagree)

Sunny1990
These will become iPhone 9 renders once the iPhone 8 is launched
Score: 13 Votes (Like | Disagree)

Wow they really can't do anything to not make it look like a 6/6S/7?

Yeah boring! Android is where real innovation comes from 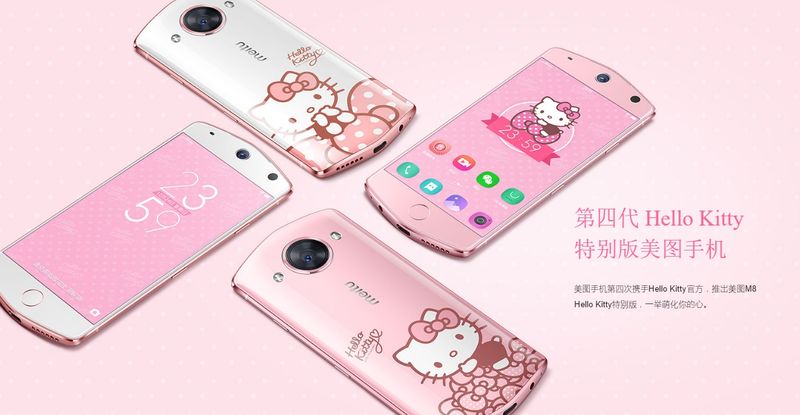 jjdodders
That stick out camera is fugly as hell. No.
Score: 10 Votes (Like | Disagree)
Read All Comments