Apple has announced that iPhone 7 and iPhone 7 Plus launch in India on October 7 and in Macao, Macedonia, Malaysia, Montenegro, South Africa, and Turkey on October 14.

The smartphones also launch in Ukraine on October 7, and in South Korea and Thailand on October 21, according to local news reports.

In India, the iPhone 7 and iPhone 7 Plus will be available through online shops Flipkart, which began accepting pre-orders earlier today, and Infibeam. Pricing starts at Rs 60,000, with trade-in deals available.

In South Africa, the smartphones will be available through Cell C, iStore, and select other carriers and resellers in the country. Pricing starts at R12 999 for iPhone 7 and R15 499 for iPhone 7 Plus.

How about we improve the iPhone availability in the US before sharing with the entire world.

Why? Apple is an international company. Part of the phone is designed in Israel, construction is in China and Apple has more international than US customers. The US is no longer the centre of the universe. Be glad you're still in the first wave ;-)
Score: 7 Votes (Like | Disagree)

I think that was the end of October for the 6s, which was the earliest I've ever seen that happen.

I believe 6s was the fastest ever too, but it was only 13 days after the launch. We are now at 14 days. Fingers crossed.

I don't understand why this is an issue.
All versions when paid in full at Apple store are unlocked. Verizon version is unlocked out of the box.

First there's the principle: If I'm paying full price for an unlocked phone, I shouldn't be required to sign into/give my existing carrier account info (the rest of the world doesn't have to, just US).

Secondly, I have AT&T, but I don't want the AT&T version that is limited to GSM. Like you noted, I'd love to have the Verizon version that has both GSM and CDMA should I ever decide to switch carriers or to have a better re-sale value down the road. Until a SIM free version is released, I am unable to buy a Verizon version without an existing Verizon account even though I'm paying full price up front. Both models cost the same, so I should have my choice, not be subject to arbitrary carrier collusion rules. Unacceptable.
Score: 6 Votes (Like | Disagree)

CarlJ
Didn't all these people get the message? NOBODY WANTS THE IPHONE 7! Because it's BORING. Everybody has already been told this like a thousand times.

No SIN free model in US yet.

What people do, with their iPhones, in the privacy of their own home, shouldn't be anybody else's business.
Score: 5 Votes (Like | Disagree)

Lets not launch in other countries until you satisfy the orders for the phones in this country. Why do I have to wait until sometime in November to get a phone while India and other countries will get theirs in October???

Wow, what an arrogant and a nationalist thing to say. Shouldn't everyone in the world have access to the new iPhones? Or should it be just you supremacists whose country and needs obviously are far more important than people of other nationalities?
Score: 5 Votes (Like | Disagree)

ke-iron
How about we improve the iPhone availability in the US before sharing with the entire world.
Score: 4 Votes (Like | Disagree)


Apple has announced that iPhone 7 and iPhone 7 Plus launch in India on October 7 and in Macao, Macedonia, Malaysia, Montenegro, South Africa, and Turkey on October 14. 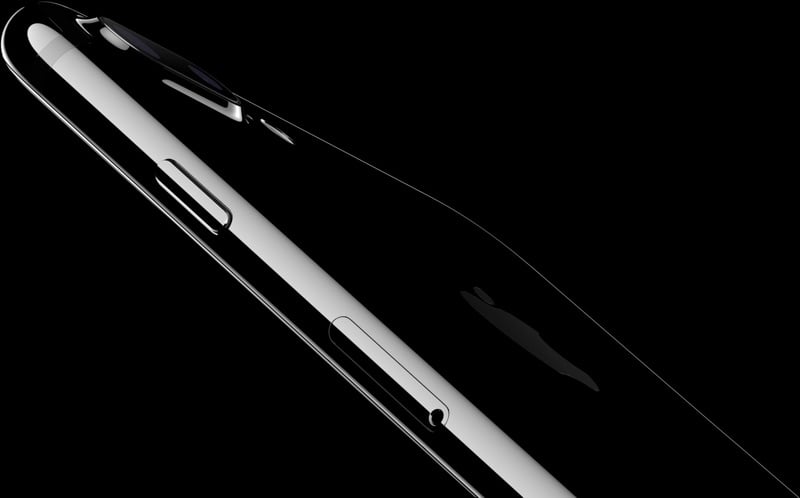 In India, the iPhone 7 and iPhone 7 Plus will be available through online shops Flipkart ('https://www.macrumors.com/2016/09/23/apple-partners-flipkart-sell-iphones-india/'), which began accepting pre-orders earlier today, and Infibeam ('http://www.infibeam.com/'). Pricing starts at Rs 60,000, with trade-in deals available.

In South Africa, the smartphones will be available through Cell C, iStore, and select other carriers and resellers in the country. Pricing starts at R12 999 for iPhone 7 and R15 499 for iPhone 7 Plus.

iPhone 7 and iPhone 7 Plus launched in the United States, Australia, Canada, France, Germany, the United Kingdom, and other first wave countries on September 16, followed by over 30 more countries ('https://www.macrumors.com/2016/09/23/second-wave-iphone-7-launch/') on September 23.

Lets not launch in other countries until you satisfy the orders for the phones in this country. Why do I have to wait until sometime in November to get a phone while India and other countries will get theirs in October???
Score: 3 Votes (Like | Disagree)
Read All Comments

Saturday February 4, 2023 1:30 am PST by Hartley Charlton
Google's Chromium developers are working on an experimental web browser for iOS that would break Apple's browser engine restrictions, The Register reports. The experimental browser, which is being actively pursued by developers, uses Google's Blink engine. Yet if Google attempted to release it on the App Store, it would not pass Apple's App Review process. Apple's App Store rules dictate...
Read Full Article • 234 comments