Following their September 16 debut in more than 25 countries around the world, the iPhone 7 and the iPhone 7 Plus are seeing their second wave launch today, debuting in a number of additional countries across Europe and the Middle East.

With today's second wave launch, Apple's latest devices have rolled out to more than 55 countries, and will expand to India in the near future with an October 7 launch date planned. 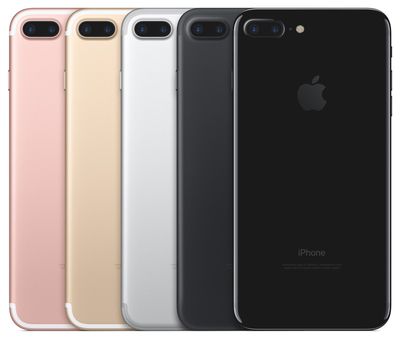 In many countries, supplies of the iPhone 7 and especially the iPhone 7 Plus are likely to be severely constrained, as Apple has been struggling to meet demand. In the United States, Apple had no iPhone 7 Plus stock available for walk-in customers on launch day, with all supplies having gone to pre-order customers.

Wait times are up to three to five weeks for the most popular iPhone models, like the Jet Black iPhone 7 Plus, in many countries, with lower two to three week shipping estimates for other devices.

The iPhone 7 and the iPhone 7 Plus feature better water resistance, much improved cameras (with a dual-camera for the 7 Plus), faster processors, brighter, more vivid displays, a redesigned Home button powered by a new Taptic engine and no headphone jack.

dypeterc
Apple can't even meet demand in the first round...
Score: 27 Votes (Like | Disagree)

Mizouse
How about fulfilling people who preordered on the 1st round first :(
Score: 12 Votes (Like | Disagree)

AngerDanger
Looking at the picture, it occurs to me that the popularity of the two black models might have something to do with the fact that they're the first iPhones in six years that don't have obvious antenna lines.
Score: 9 Votes (Like | Disagree)

Apple really should do a better job at taking care of it's home market. The rest of the world wouldn't even have cell phones if it wasn't for this great nation.

Also this great nation wouldn't even have existed without the rest of the world.
Score: 6 Votes (Like | Disagree)

Looking at the picture, it occurs to me that the popularity of the two black models might have something to do with the fact that they're the first iPhones in six years that don't have obvious antenna lines.

Or it simply could be the trend to darker colors. Black wheels on cars, slate kitchens, dark granite countertops, growth in sales of black or dark color cars, or the fact that the iPhone hasn't had a true black option for many years now.
Score: 5 Votes (Like | Disagree)

stars_fan
Apple really should do a better job at taking care of it's home market. The rest of the world wouldn't even have cell phones if it wasn't for this great nation.
Score: 4 Votes (Like | Disagree)
Read All Comments