Google will formally announced its Wi-Fi enabled smart home device, Google Home, at its upcoming October 4 press event, according to a new report by Android Police. The device is rumored to cost $129 and the company will sell different color plates so users can personalize the look of Home.

At $129, Google Home would be $50 cheaper than Amazon Echo, which offers a selection of similar services and features to users. Google originally discussed Home at its I/O Conference in May, detailing how users will be able to make voice-enabled Google searches, manage everyday tasks, enjoy music and entertainment, and more using hands-free "OK Google" voice commands. 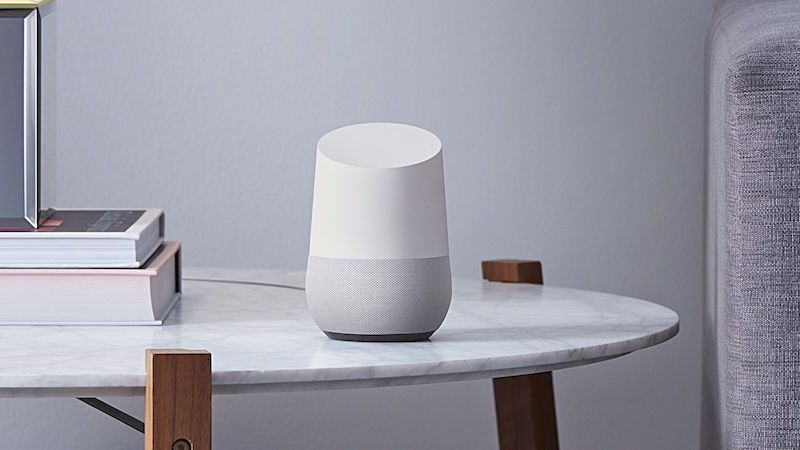 Continuing in the vein of other smart home speakers, Home can play and control music, sync with various online services that provide traffic reports and weather forecasts, and interact with other smart home products like Nest. It's believed that Google could use a version of its intelligent chat AI Google Assistant -- which it uses in Allo -- to fuel Home's voice-control abilities.

The October 4 event is thought to be the launch pad of a few other Google products, including the $69 Chromecast Ultra (with 4K and HDR streaming), a new Daydream VR headset, and the company's new lineup of Android phones.

The connected smart home speaker device is slowly becoming a popular platform following Amazon's success with Echo and Echo Dot. Apple is rumored to be entering the space with a Siri-enabled alternative, which might have facial recognition but is otherwise thought to offer many of the same search inquiries, music listening, and voice assistant features of Echo and Home.

Recent reports have placed the device in prototype testing, which could mean it's between six months and a year from making it to market, but because Apple hasn't officially finalized any plans it "could still scrap the project."

Anuba
Siri is great for doing stuff locally on your Mac/iOS device, but for everything else, Google runs circles around it. Given that this particular device is basically a talking tuna can, it has no tasks you'd like to perform on the actual device, and therefore it would only offer you the worst part of Siri - the crippled web searches, the Wolfram Alpha nonsense, the perplexing mishearings and the general cluelessness about the world outside the Apple ecosystem.

If I had a device like that, I'd like it to be Google powered so I can yell random stuff like "Hey when does the new season of The Walking Dead start?" and get a useful response. That example was actually from yesterday. I asked the Google app and it responded "The Walking Dead returns to AMC Sunday, October 23 9/8 c". I asked Siri the exact same question and she responded "Unfortunately, TV shows are not available on the iTunes Store in your country" (Sweden). That response sums up everything I hate about Siri - limited, lazy, uncreative and shamelessly Apple-centric ("sorry, there's no money for Apple in your request so we're not wasting any further bandwidth on it, go pester someone else, foreign peasant".)
Rating: 11 Votes

Dude, what the gosh darn hell are you talking about?!?! Apple wasn't even close to being the first to bring out those devices. See this is why I think Apple fanboys are just the worst at misremembering history. Everything was invented by Apple. Steve Jobs farted technicolor rainbows. Let me tell you something filmatopia, if that's even your real name. Here's the real truth that all Apple fans are afrai...

/goes back to Yahoo! comment section
Bengahzi? Bengahzi!! You don't know what the...
Rating: 10 Votes

surprised apple is late to the game here. i always figured the ATv4 and it's remote could do this.

Fall Under Cerulean Kites
The last thing I want is a Google listening device in my home.
Rating: 8 Votes

They should call it the Apple Core. :D


I'm thinking they should get back to their roots and reuse the naming convention that gave us the Macintosh: naming it after a kind of apple. My vote would be for the name Granny Smith, and that could even be how the device is referred to.

"Ooh, it'll get a bit nippy by the end of the day. Don't forget your gloves; we wouldn't want you catching a cold. And finish your milk before you go."
Rating: 6 Votes

Dude, what the gosh darn hell are you talking about?!?! Apple wasn't even close to being the first to bring out those devices.

They didn't invent any of these, they took the concepts that were already on the market and transformed them into mainstream products.


He was clearly being sarcastic.


Perhaps someone will come out with boxes to cover it.

Personally I think if they are going to do a stone sculpture thingie, then gosh darn make them look like one of the stones in "The Fifth Element" ! Complete with motion and light effects when you breath on them :D

I don’t personally trust Google. Their business model is based upon selling subscriber information. Apple’s is based on selling devices. That makes me Apple’s customer and Google’s product. Big difference.

As for that "product" meme, Apple charges banks for access to us in Pay, and Apple makes billions by selling Google the default search engine spot. Both are examples of us being something that Apple sells to other companies.

(Note that Cook didn't say we weren't a product to Apple. Instead he only pointed out that we were products to other companies... which ironically include ones that he sells our access to. He use _a_ truth to hide the whole truth. Oldest trick in the PR book.)
Rating: 6 Votes

I don’t personally trust Google. Their business model is based upon selling subscriber information. Apple’s is based on selling devices. That makes me Apple’s customer and Google’s product. Big difference.


Very misguided. And debunked often in this forum. Maybe if you clarify what you mean by google selling subscriber info? Also given iTunes, iAds, etc - how Apple doesn't do the same?
Rating: 3 Votes

asleep
They should call it the Apple Core. :D
Rating: 2 Votes