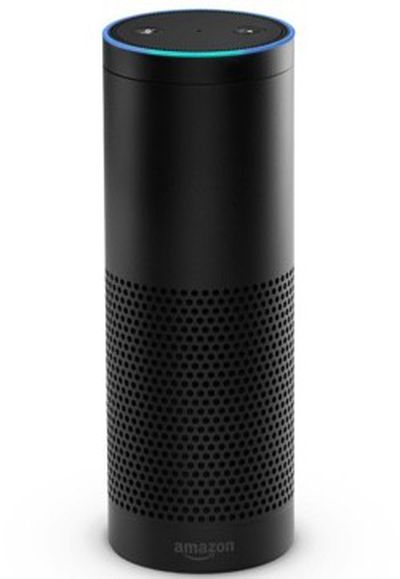 Apple is actively developing a product that would compete with the Amazon Echo and Google Home, reports The Information. Citing a source with direct knowledge of Apple's plans, the report suggests Apple is working on a Siri-based device that would include a speaker and microphone that could be used for features like listening to music, getting news headlines, and more.

In addition to developing such a device, Apple is planning to improve Siri by opening the voice assistant up to outside developers. Apple is said to be preparing to release a Siri software development kit that would allow developers to make their apps and their app content accessible through Siri voice commands. Apple plans to require developers to use the tool responsibly.

Opening Siri up to third-party developers will go a long way towards expanding the capabilities of Apple's virtual assistant. Right now, Siri only works with a handful of apps like OpenTable and Yelp, and Apple has been hesitant to develop a Siri API and improve Siri's functionality because of privacy concerns.

According to The Information, a Siri SDK could be introduced as soon as WWDC, meaning third-party Siri access would be built into iOS 10 and perhaps OS X 10.12, which is also rumored to be gaining Siri support.

Both Amazon and Google have developed robust in-home personal assistant devices built around their respective AI platforms, which Apple hopes to compete with. The products are able to perform a wide range of features, from giving weather reports and answering queries to controlling smart home devices like light bulbs and thermostats. The Amazon Echo has been well-received, and Google's Home product, just announced at Google I/O, supports similar features.

Apple has reportedly been working on an Echo competitor since before the Echo debuted last year, and it will perhaps include features like a speaker, Internet access, and the ability to control HomeKit products. It is not known when Apple will be ready to debut its home accessory or how it will fit into the company's existing product lineup.

NocEdit
apple has become a "ME TOO" company. They are so boring lately.
Score: 81 Votes (Like | Disagree)

apple has become a "ME TOO" company. They are so boring lately.

You know what else has become boring?
Score: 64 Votes (Like | Disagree)

Jeff750
I can unambiguously say Apple is the ONLY manufacturer of such a product that I would trust to listen to everything going on in my home 24/7. The others are simply not trustworthy.
Score: 59 Votes (Like | Disagree)

apple has become a "ME TOO" company. They are so boring lately.

Because they were first to which product or market exactly?
Score: 32 Votes (Like | Disagree)

Because they were first to which product or market exactly?

Don't tell me they are going to do it better, their QA has gone down the *******s, their ever tightening dumbing down of features and the interface is infuriating and they are neglecting many of their former values time and time again.

Asarien
I really wish Apple made the Apple TV a centralized hub for HomeKit. There's no reason why I can't control my Hue lights among other enabled devices via my 4th Gen Apple TV.
Score: 21 Votes (Like | Disagree)
Read All Comments