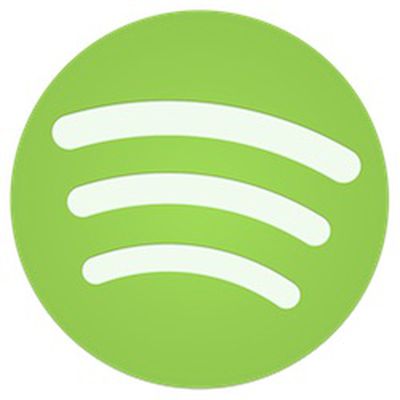 Despite the launch of Apple Music, which recently reached 13 million paid subscribers, rival service Spotify told Reuters that it has experienced a faster pace of growth since last June than beforehand.

"It's great that Apple is in the game. They are definitely raising the profile of streaming. It is hard to build an industry on your own," Jonathan Forster, a vice president and one of its first employees, told Reuters in an interview.

"Since Apple Music started we've been growing quicker and adding more users than before."

Spotify recently announced that it has 30 million paying customers, compared to around 20 million paid subscribers last June, while its total active user base has grown to nearly 100 million from 75 million a year ago.

Apple has not recently disclosed how many users it has on a three-month trial for an overall comparison, but Spotify remains over 2x to 2.5x larger than Apple Music in terms of paid subscribers worldwide.

"It would be terrible if we were just taking each other's users or to learn there was just a ceiling of 100 million users - I don't think that is the case," said Forster, who had just returned to Stockholm from the Coachella Valley Music and Arts Festival in California.

Apple Music has inevitably generated increased awareness of the concept of streaming music, which in turn has helped Spotify triple its paid subscriber base in just two years. The service, which launched in Europe in October 2008 and expanded to the U.S. in July 2011, had 10 million subscribers through May 2014.

Spotify continues to operate at a loss due to expensive royalties and revenue sharing with music label partners, but the Swedish company expects to eventually become profitable through continued subscriber growth. Spotify will also seek to earn increased revenue from advertising, concerts, merchandising, and video.

Spotify today announced that 12 new original series will be coming to the streaming music service this summer and fall, centered around music performances, music profiles, and music culture. Last year, the company also added video programming and podcasts from partners such as Comedy Central, ESPN, and MTV.

In related news, Spotify for iOS was recently updated with a new bottom navigation bar in lieu of its traditional slide-out "hamburger" menu.

m.x
It becomes more and more obvious for me that this could really become one of Apples worst years.
There is stagnation everywhere.

Introduce a really flawless Apple Music service from the beginning? Nah! We are Apple, people love us, we will outgrow Spotify!

iPhone sales are down? Let's make a new iPhone similar to the last two ones with little changes and make no big flagship redesign!

iPad sales are down? Let's name it a Pro device and make it more expensive with more expensive accessories! Customers don't need no new iPad mini or Air 3!

Mac sales are down? Let's just take them as they are and don't upgrade them! Some products are now 1698 (!!!) days old, who needs an update? Who needs a dedicated GPU in the 4K iMac? Who doesn't want to have 5400rpm hard drives in their "most advanced" machines?

Want to revolutionize the "future of television"? Let's cut the optical audio output port to increase the margin and focus on 1080p (maybe they did that because nobody shoots 4K with 16GB of storage ). Double the price so more and more customers can get them in their home! But don't rework the UI, make it white, that's enough!


Oh jeeeeez, like one of you said in a news earlier today, it seems like they are not even trying anymore. It's becoming an "We are Apple, we can do that with our customers" attitude which gives me sleepless nights because my beloved company is going down ☹️☹️☹️
Score: 37 Votes (Like | Disagree)

magicschoolbus
I find Apple Music very difficult to use on all apple devices. It needs a redesign badly.
Score: 34 Votes (Like | Disagree)

FSMBP
It's sad. Apple always used to be "late to the party" but whatever they created would be better than what was out there (ex. Copy/Paste, Multitasking in iOS, etc..). Now, they have a habit of being late & their products being inferior.
Score: 31 Votes (Like | Disagree)

fel10
Well, it is the better one out of the two, so not surprised.
Score: 17 Votes (Like | Disagree)

So far for the Dre investment... Ruined the original iOS Music app and drove away early adapters back to Spotify with a terrible UI, Hiphip flavoured radio and useless functionality.

And where the hell did Lovine and his great vision go?!
Score: 14 Votes (Like | Disagree)

dewski
yeah i left spotify for apple, but after the 3 months, i just wasnt digging the layout and navigation. I went back to spotify and have been happy.
Score: 13 Votes (Like | Disagree)
Read All Comments

Friday February 3, 2023 1:28 pm PST by Juli Clover
Today is the official launch day for the second-generation HomePod that was introduced in January, and we picked one up to compare it to the original HomePod that Apple discontinued in 2021. Subscribe to the MacRumors YouTube channel for more videos. Design wise, the second-generation HomePod looks a lot like the first-generation model, featuring the same rounded design and acoustic mesh...
Read Full Article • 173 comments