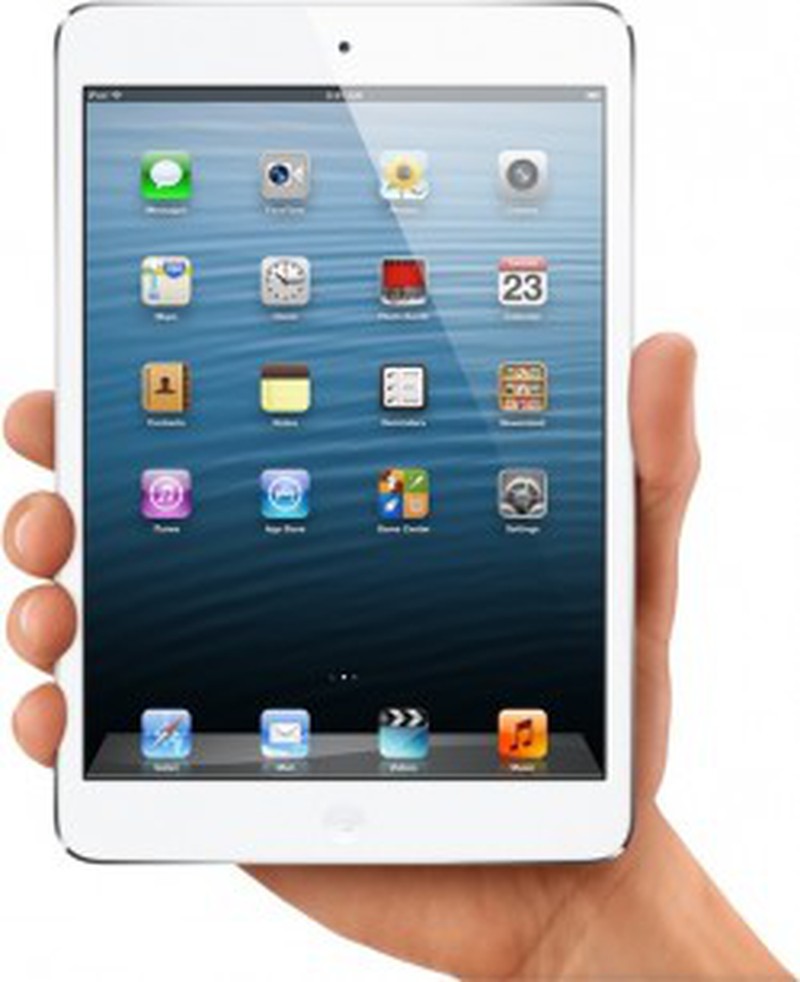 ETNews.com reports that Apple is discontinuing its relationship with AU Optronics to supply display panels for the iPad mini as production on displays for the second-generation models is expected to ramp up in the coming months. According to the report, LG Display is already onboard and Sharp is in solid position given its technological advantage in energy efficiency, while other display manufacturers such as Samsung are competing to replace AU Optronics' production share.

AU Optronics won a share of display production for the original iPad mini, but struggled with production issues and reportedly did not catch up on production until months after the device's launch, contributing to tight supplies.

According to today's report, AU Optronics has been unable to meet technical and timing milestones for the next-generation iPad mini, and Apple's improving relationship with Samsung's display arm may be giving Apple more flexibility in managing its suppliers.

Apple's plans for its next-generation iPad mini have been the subject of numerous conflicting rumors, with some suggesting that a Retina iPad mini will launch later this year, while others have indicated that the company will launch a new non-Retina model later this year before adding a Retina display early next year. Just yesterday, KGI Securities analyst Ming-Chi Kuo reported that Apple will not be updating the iPad mini until it can launch a Retina display version in March or April 2014.

Releasing another mini without retina would be beyond stupid.


releasing a mini retina with a 2 hour battery life would be far worse
Score: 11 Votes (Like | Disagree)

iMikeT
I personally don't care who supplies these displays so long as they have a retina display in the next iPad mini.
Score: 3 Votes (Like | Disagree)

I am still undecided between the iPad and the mini. Retina is a must for me.

Having personally lived with a iPad 2 since launch and having played around with the girlfriends Mini since launch, I find I enjoy the experience more with the Mini. I find I'm not he only one, I've read quite a few comments on this site from people with the same feeling(after having lived with both for a decent amount of time, not just gone to the store to play with either of them for 15 min.)
Score: 2 Votes (Like | Disagree)

needfx
Analysts must be going haywire
Score: 2 Votes (Like | Disagree)

appleisking
Honestly, with the full-sized taking on the more compact and thinner form factor of the mini, I see less and less reason to wait for one. Especially since the full sized is coming much sooner.
Score: 1 Votes (Like | Disagree)
Read All Comments

Saturday May 30, 2020 4:00 pm PDT by Eric Slivka
Apple today doubled the price for upgrading the RAM on the entry-level 13-inch MacBook Pro, with customers in the United States now being charged $200 to move from 8GB to 16GB compared to the previous $100 upgrade price. Similar increases are seen in other countries, such as moving from €125 to €250 in Germany and from £100 to £200 in the United Kingdom. Current pricing on RAM upgrade for ...
Read Full Article • 248 comments