Chinese website cnBeta [Google Translate] is the latest source to claim Apple will release a new 4-inch iPhone early this year. The blog, citing Foxconn sources, shared many new details about the so-called "iPhone 5e" that we have broken down for comparison against previous 4-inch iPhone rumors below. 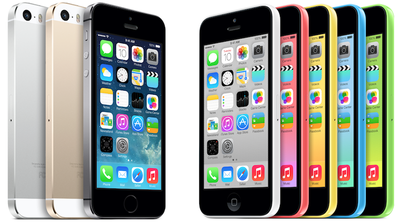 Mac Otakara now says the new 4-inch iPhone will have dimensions of 122.90 mm ​​x 57.63 mm, which is fractionally thinner than the iPhone 5s. Apple could use 2.5D cover glass like the iPhone 6s.

cnBeta accurately reported on the iPhone 6s Plus's packaging and smaller battery, but also incorrectly claimed the A8 chip would top 2 GHz a few years ago.

Abazigal
Why? Apple, why? Is it so hard to create a 4" iPhone with flagship specs? Why deliberately gimp your own products this way? There is nothing about a smaller phone which suggests it has to be inferior to a larger phone.
Score: 66 Votes (Like | Disagree)

myrtlebee
Why even bother? Just keep selling the 5S until September and then release the 7 in three sizes.
Score: 26 Votes (Like | Disagree)

This is strictly for people who just prefer a smaller device. Some will trade the higher specs for size.

You mean a NORMAL sized device
Score: 20 Votes (Like | Disagree)

no touchid, no buy

the 5S has touchid and applepay uses touchid so not sure why you think this wont have it
Score: 19 Votes (Like | Disagree)

naeS1Sean
So...is it only greed that stops them from making a flagship 4" phone? Certainly seems that way...
Score: 19 Votes (Like | Disagree)
Read All Comments

Thursday December 1, 2022 4:37 pm PST by Juli Clover
With the launch of iOS 16.1, Apple rolled out a Emergency SOS via Satellite, which is designed to allow iPhone 14 owners to contact emergency services using satellite connectivity when no cellular or WiFi connection is available. The feature was put to the test in Alaska today, when a man became stranded in a rural area. In the early hours of the morning on December 1, Alaska State Troopers ...
Read Full Article • 213 comments

Saturday December 3, 2022 10:23 am PST by Joe Rossignol
iPhone 12 Pro and Pro Max, iPhone 13 Pro and Pro Max, and iPhone 14 Pro and Pro Max models feature a LiDAR Scanner next to the rear camera that can be used to measure a person's height instantly in Apple's preinstalled Measure app. To measure a person's height, simply open the Measure app, point your iPhone at the person you want to measure, and make sure they are visible on the screen from...
Read Full Article • 75 comments