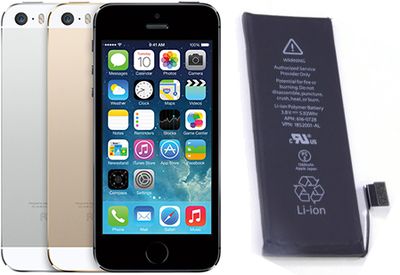 The report, citing "insider Foxconn employees," also corroborates multiple rumors claiming the 4-inch iPhone will feature an A9 processor, 2GB of RAM, 16GB base storage, Touch ID and the same 2.5d curved glass used on the iPhone 6 and later.

Apple's suppliers will reportedly begin mass production of the much-rumored smartphone in January ahead of a possible March announcement and subsequent April release. At least five sources have now predicted the "iPhone 6c" will launch in early 2016 since rumors about the device began circulating this year.

In November, often-reliable Japanese blog Mac Otakara reported that Apple has developed a new 4-inch iPhone that is essentially an iPhone 5s with sixth-generation iPod touch features, including an A8 chip, 802.11ac Wi-Fi, Bluetooth 4.1 and an improved FaceTime HD camera with ƒ/2.2 aperture. The "iPhone 6c" may also come in at least three colors and lack 3D Touch.

Oh man this looks great! Surely they won't skimp on the sto....

The report, citing "insider Foxconn employees," also corroborates multiple rumors claiming the 4-inch iPhone will feature an A9 processor, 2GB of RAM, 16GB base storage, Touch ID and the same 2.5d curved glass used on the iPhone 6 and later.

I thkink the whole 4" phone is a terrible idea. It will split up the device sizes even further for developers. It is clear that bigger screens are the future.

No, the thing that seems like a mistake to me is a lack of 3D Touch. The fewer phones that have 3D Touch, the less developers will bother taking advantage of it, the less reason there is for Apple to include 3D Touch on any phones at all.

If Apple wants 3D Touch to be a reason to go with iOS instead of Android, then it needs to be available on every iOS device, not just some of them.
Score: 14 Votes (Like | Disagree)

Gregintosh
If it costs only $100 less than the proper iPhone 6S then its going to fail like the 5C did. There just isn't a good rationale for a cheap iPhone unless its actually "cheap"... granted Apple won't make a throw away phone but a $399 price tag feels right (which means $499 is likely) and lets them compete overseas where people can't afford $650+ on a phone.

Though anyone who absolutely needed a smaller screen size will be pleased.
Score: 13 Votes (Like | Disagree)

For God's sake, Apple, stop dumbing down the C line! Give me a top tier phone in a 4 inch form factor! Hopefully, the term "base storage" means there'll be other options. I can live without 3D Touch; I just need the fingerprint sensor for Apple Pay. Give me that, the same camera at the iPhone 6 and at least 32 gb of storage and you've got a sale.
Score: 13 Votes (Like | Disagree)
Read All Comments