The launch of Apple Music hasn't only included a new radio station, social network, and streaming service. Apple have also started creating their own original content. The company made Drake's amazing "Energy" video in-house, as well as Pharrell's "Freedom" and Eminem's "Phenomenal". Next up: M.I.A.'s "Matahdatah Scroll 01 Broader Than a Border", coming to Apple Music on Monday, July 13.

In addition to M.I.A.'s forthcoming music video, Pitchfork, which is an Apple Music Curation Partner, says rumors indicate that Apple Music has projects in the works with artists like Purity Ring, Diddy and James Bay. However, M.I.A.'s music video has been in the works since before May, when the artist insinuated that her label was holding up her "Matahdatah" music video because of potential controversy around its cultural appropriation of African culture.

Pitchfork claims that when they reached out to Larry Jackson, Apple Music's head of content, for comment he responded with a tweet consisting of a dig at Spotify CEO Daniel Elk's "Oh ok" tweet when Apple Music was announced in addition to the hashtags "Content", "Curation", "Culture" and a link to Drake's music video on Apple Music.

Apple has been trying to secure exclusive content for its new streaming service in an effort to lure customers away from rival services like Spotify and Tidal. That effort continues with Drake, who today announced he'll have a radio show on Beats 1 that'll start on Saturday, July 11 at 6 PM EST. 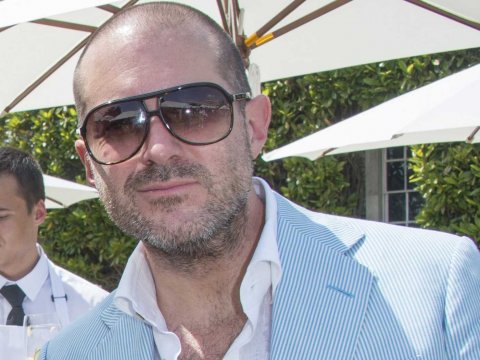 The UI is flat, and the bass is flatter.
Score: 18 Votes (Like | Disagree)

Paradoxally
Apple wasn't kidding when they said "all the ways you love music, all in one place".
Score: 15 Votes (Like | Disagree)

cloudness
Getting tired of listening to rap/hiphop on Beats One. Feels like the Beats execs have too much say on what is getting played and what will get produced. Would love Apple Music (and not only the "curated" playlists) to be more inclusive of all music genres.
Score: 13 Votes (Like | Disagree)

yg17
Maybe they should fix all the bugs in Apple Music first.
Score: 11 Votes (Like | Disagree)
Read All Comments

Tuesday April 20, 2021 9:07 am PDT by Eric Slivka
Apple's virtual "Spring Loaded" event kicks off today at 10:00 a.m. Pacific Time, with Apple expected to debut updated iPad models and perhaps some other hardware such as AirTags or iMac models based on Apple silicon. Apple is providing a live video stream on its website, on YouTube, and in the company's TV app across its platforms. We will also be updating this article with live blog...
Read Full Article • 872 comments

Tuesday April 20, 2021 10:08 am PDT by Joe Rossignol
Apple today announced that the iPhone 12 and iPhone 12 mini will be available in a new purple color starting April 30, with pre-orders starting this Friday. Apple is also releasing a new MagSafe Leather Case and Leather Sleeve in Deep Violet, a Silicone Case in Capri Blue, Pistachio, Cantaloupe, or Amethyst, and a Leather Wallet in Arizona, all available to order beginning today. iPhone...
Read Full Article • 58 comments

Tuesday April 20, 2021 10:10 am PDT by Tim Hardwick
Apple today announced AirTag, a Tile-like Bluetooth tracking device that's designed to be attached to items like keys and wallets for tracking purposes, letting you find them right in the Find My app. AirTags are accessories for attaching to backpacks, luggage, and other items. Any U1 device like the iPhone 12 can be used for precision finding to guide you right to the item you're looking...
Read Full Article • 202 comments

Tuesday April 20, 2021 10:40 am PDT by Joe Rossignol
Apple today announced the next-generation iPad Pro with the same M1 chip found in the latest Macs, Thunderbolt and USB4 support, 5G connectivity on cellular models with mmWave support in the United States, and more. With an 8-core CPU and 8-core GPU, Apple says the M1 chip in the new iPad Pro provides up to 50% faster performance and up to 40% faster graphics compared to the A12Z Bionic chip ...
Read Full Article • 255 comments