Apple is planning to do away with Newsstand, its central app that stores newspaper and magazine subscriptions for users, according to sources who spoke with Re/code. In its place, the company will introduce a new Flipboard-style aggregation experience that will showcase curated lists of articles and content for individual customers. The partners for the new app will include ESPN, The New York Times, Conde Nast and Hearst, with the new app focused on providing "samples" of content. 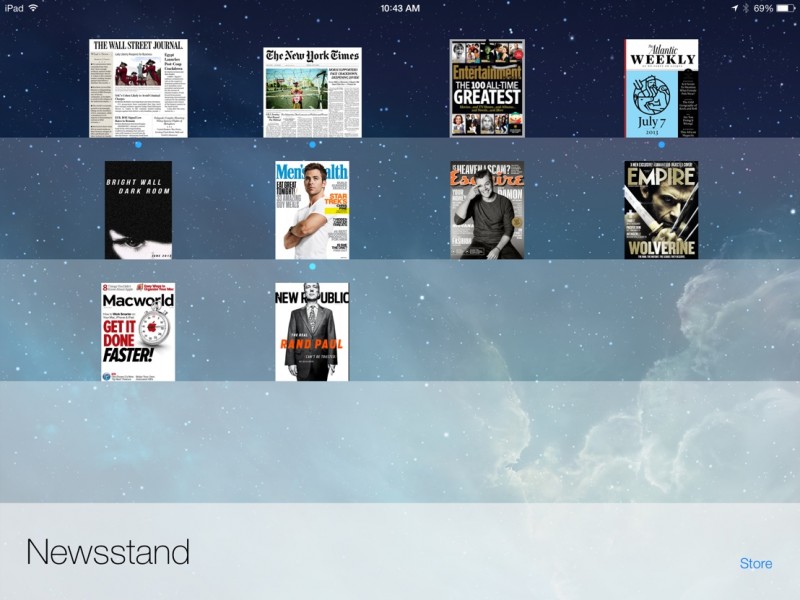 Since magazines and newspapers were required to be located within the Newsstand app, many of Apple's partners complained of buried content with the introduction of Newsstand. With the new structure in place, individual magazines and publications will sell their own app experiences within the App Store, allowing companies to push their content directly to a user's device without having to navigate through Apple's Newsstand app. While Apple is said to be adjusting its revenue cut for some types of subscription content, the company will reportedly continue to take its traditional 30 percent revenue cut from subscriptions within these services currently available in Newsstand.

MacRumors had previously heard Apple was meeting with publishers about the upcoming discontinuation of Newsstand, but was unable to obtain corroborating information.

Those supporting Apple's supposed Flipboard-like app will also keep 100 percent of the advertising they each sell within the app. In exchange, Apple will help its partners sell unsold inventory and take a cut of the profit of each sale at a rate that one of its publishing partners detailed as "very favorable." Although not stated directly, Re/code alludes to the confirmation of the Newsstand rumor happening today during the company's annual Worldwide Developers Conference.

dannyyankou
And we don't need Game Center either. It's features and APIs can be integrated directly in apps. We don't need a separate app for it.
Rating: 8 Votes

TechZeke
Never used it, nor had any desire to.
Rating: 3 Votes

RobertMale
Could this be a hint on deleting pre-installed applications or choosing them on set up?
Rating: 2 Votes

awestin74
Not at all sad about this.
Rating: 2 Votes

With the new structure in place, individual magazines and publications will sell their own app experiences within the App Store, allowing companies to push their content directly to a user's device without having to navigate through Apple's Newsstand app.


I'm assuming that the current subscriptions I have will continue, but as their own icons instead of inside the Newsstand "folder". I can understand why Apple created it, probably thinking that people would subscribe to dozens of publications and would want someplace to aggregate them. But it ended up being a bit clunky to use.
Rating: 1 Votes

I am a big flipboard fan. If they do something like that it would be great, but hopefully they do it even better.
Rating: 1 Votes
[ Read All Comments ]