Microsoft today announced that its Cortana personal digital assistant will be available for iPhone and Android smartphones later this year, after multiple rumors hinting at cross-platform expansion of the service over the past year. Windows 10 will also feature a new "Phone Companion" app as a central place for PC users to install Cortana and other Windows-related apps for iPhone, Android and Windows Phone.


Microsoft unveiled Cortana on Windows Phone 8.1 last April as the company's answer to Siri and Google Now, and the company is also bringing the personal digital assistant to the desktop as part of Windows 10 this summer. Cortana's features include contextually-aware reminders, routing and mapping, current weather and traffic conditions, sports scores, biographies and more. 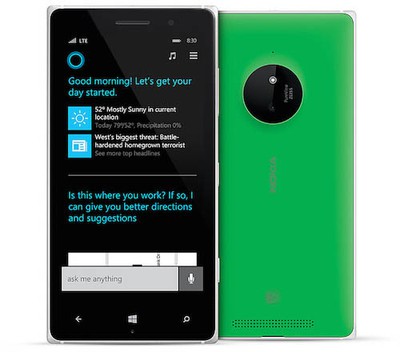 Some of Cortana's features on Windows Phone won't initially be available on iPhone and Android smartphones, including toggling settings, opening apps or "Hey Cortana" hands-free invoking of the personal digital assistant. Microsoft will also release an updated version of its Xbox Music app for iOS with free streaming playback of your music files and playlists from OneDrive in late June or July.

Small White Car
I'm glad that Microsoft finally started acting like a software company again. They're quite good at it.
Score: 20 Votes (Like | Disagree)

Mackinjosh
Excellent. Both Cortana and Google's voice tool are much better than Siri.
Score: 19 Votes (Like | Disagree)

Crosscreek
Two personal assistance on the same machine may cause relationship problems.
Score: 18 Votes (Like | Disagree)

Microsoft is quite good at making software? Really?

Please cite your proof with references.

Windows 8, Windows 10, Windows Phone 8, Office, Azure are all infinitely better than their Apple counterparts. Windows 10 runs better on a new Mac than the latest version of Mac OS does.
Score: 16 Votes (Like | Disagree)
Read All Comments

Sunday May 9, 2021 2:00 am PDT by Sami Fathi
Zoom, a hallmark platform used by millions during the global health crisis, has been given access to a special iPadOS API that allows the app to use the iPad camera while the app is in use in Split View multitasking mode. This case of special treatment was first brought to attention by app developer Jeremy Provost, who, in a blog post, explains that Zoom uses a special API that allows the...
Read Full Article • 261 comments