Apple CEO Tim Cook today sent out an email to all Apple employees to thank them for the effort they've put into the launch of the Apple Watch and to announce a major discount on Apple Watch models for Apple workers. The email was obtained by MacRumors and is shared below.

The day we’ve all been waiting for is almost here: Apple Watch is ready to ship.

Our retail stores are training for a whole new way to engage customers and help them experience Apple’s most personal product yet. On Friday, in over four hundred stores across four continents, we’ll open our doors to people who want to try on Apple Watch for the first time and start deciding which one is right for them.

Tens of millions of people have seen our keynotes and demonstration videos about the watch, and there’s much more to come. Some of the most innovative developers in the world are working on new experiences designed specifically for Apple Watch. More than one thousand apps were submitted in just four days last week when the App Store started accepting them, and the rate of submissions has only been climbing since then.

I know that many of you have been looking forward to choosing an Apple Watch for yourselves, and we want to make it easy for you. Starting Friday in countries where the watch is available for pre-order, a special Employee Purchase Plan will offer a 50% discount on any Apple Watch or Apple Watch Sport for your personal use.

As we introduce the watch in more countries, the special pricing for employees will be offered in those countries as well. Discounts will begin at pre-order and last for 90 days after availability. AppleWeb has more details, so I invite you to check it out.

Our products enrich people’s lives like no others, and we think Apple Watch is going to delight our customers in ways people can’t yet imagine. We want you to share in that experience right alongside them.

Congratulations to everyone who has worked so hard for years to help this product reach our customers. And thanks in advance to the thousands of retail employees around the world who will start placing it on people’s wrists starting Friday.

Over the course of the past several weeks, MacRumors has spoken to multiple Apple retail employees who have relayed just how much work has gone into Apple Watch preparations. Training for the Apple Watch has been intense and somewhat stressful, as employees have needed to learn all new sales techniques to relate to customers in a more personal manner to offer fashion recommendations.

Employees are also gearing up for a couple of busy weeks as customers begin scheduling try-on appointments in stores beginning April 10, so the discount on the Apple Watch will be seen as a welcome bonus. In his email, Tim Cook says that he wants Apple retail employees to "share in the experience" of the Apple Watch right alongside the customers that are purchasing them, and he goes on to thank all of the retail employees that will be working with customers in the coming weeks.

Tim Cook's email also includes a note about third-party apps. He says that "more than one thousand apps" were submitted to Apple for approval last week after the company began accepting submissions, and that "the rate of submissions has only been climbing since then." We've covered many of the Apple Watch apps that have already surfaced, both in a comprehensive list that contained many of the first available apps and individual posts (airlines, to-do lists, transit apps) that give a deeper look at how we'll be able to use the Apple Watch. Even more info on Apple Watch apps can be found on Apple's dedicated app site.

hasanahmad
This only proves how HIGH a markup consumers are paying for an Apple Watch.
Score: 54 Votes (Like | Disagree)

Alternative: Consumers are getting Robbed.
Score: 40 Votes (Like | Disagree)

bawbac
Projected sales must be well BELOW expectations. 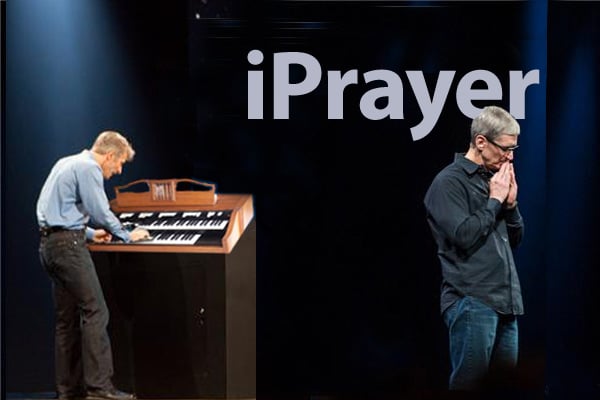 Avatarshark
I think it mostly to drive employee adoption/promotion rather than the fact that Apple could sell them at 50% off. Probably also to avoid having employees pay taxes on getting free watch.
Score: 25 Votes (Like | Disagree)

Alternative: Consumers are getting Robbed.

Zachari
Can't wait to work at the Apple Store and then quit.
Score: 23 Votes (Like | Disagree)
Read All Comments