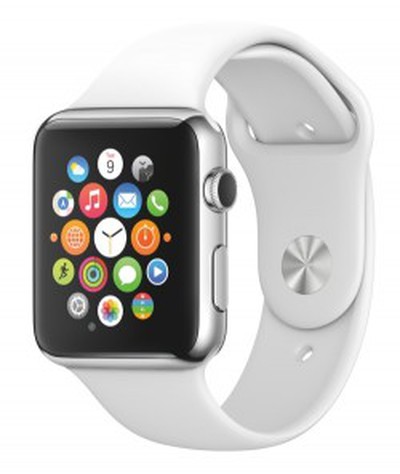 Apple CEO Tim Cook reportedly said at the company's flagship Apple Store in Berlin that the Apple Watch launch in April will not be limited to the United States, according to retail employees in attendance that spoke with 9to5Mac.

Cook specifically confirmed that the Apple Watch will launch in Germany during the month of April, indicating that a wider international launch in other countries could be on the horizon. MacRumors previously reported that Apple is targeting an early April release date for the Apple Watch based on a source that has proved reliable.

The report corroborates that the Apple Watch may be released in the United States in early April, followed by Germany and other countries later in the month. The first wave of countries that Apple has often launched previous iPhones and iPads in typically includes the United States, Canada, United Kingdom, France, Germany, Australia, Hong Kong, Singapore and Japan. Cook did not confirm that the Apple Watch would launch in April in all of those countries.

Apple Watch starts at $349 and will be available in three models: Apple Watch Sport, Apple Watch and Apple Watch Edition. Apple is expected to provide more details about the wrist-worn device at its highly-anticipated "Spring Forward" media event on March 9th at the Yerba Buena Center for the Arts in San Francisco. MacRumors will be providing live coverage of the event, which should provide more specific pricing and release date information about Apple's first wearable device.

Is it weird I have zero interest in the iWatch?

I don't think they'll be queuing around the block for this so I'm sure if you want one, you'll get one.

Right. Good luck with that. Please tell me the last time Apple launched a new product line that was met with no line or crazy sales.

Yeah. I'll be waiting to pre-order the $500ish version as soon as it goes up. Sell my Pebble, and enjoy a fantastic watch with many capabilities.

Love all the naysayers. They do this everytime. Remember how bad the iPad was gonna be when it was 16x9 and a crazy $500? LOL.
Score: 21 Votes (Like | Disagree)

I think that means..they overestimated the market, built way too many and need to sell them all.


Or they are a multi-billion dollar company and know what they are doing and how many to pump out in the factory. They want to sell as many as possible. Stop with the conspiracy theories.
Score: 10 Votes (Like | Disagree)

Hopefully this means they won't be in short supply like iPhones are at launch.

Depends how popular they are. Based on the people at MR that 'haven't used a watch for years' there should be plenty to go round.
Score: 9 Votes (Like | Disagree)

You'll get people queuing on day 1, but it won't be on the same level as the queues that form for iPhone's. I reckon perhaps 10% of what the iPhone gets, if that.


Ok? So they will still sell more Watches on the first day then probably every other CE (LG, Samsung, Pebble) has sold to date. Oh no, poor Apple. What will they do...

10% of people who own an iPhone getting a watch is HUGE. Samsung only wishes that was the case.
Score: 8 Votes (Like | Disagree)

Wait, you don't even want to try the watch on before you order it?


No, welcome to the world of the internet. Where you can buy clothes and shoes online without trying on.

If it does't fit, I'll exchange. It's worked fine so far with my previous Pebbles and MetaWatch.
Score: 8 Votes (Like | Disagree)
Read All Comments

Monday June 21, 2021 7:17 am PDT by Hartley Charlton
Users appear to be underwhelmed by Apple's upcoming iOS 15 and iPadOS 15 updates, according to the findings of a new survey by SellCell. The survey asked 3,000 iPhone and iPad users, evenly split between men and women, aged 18 or over in the United States, what they thought of iOS 15, iPadOS 15, and the naming of the upcoming iPhone 13 lineup. Over 50 percent of all of the survey's...
Read Full Article • 298 comments

Monday June 21, 2021 7:07 am PDT by Joe Rossignol
Following widespread reports that the iPhone 12 mini has experienced poor sales performance, at least relative to other iPhone 12 models, Taiwanese research firm TrendForce today claimed that production of the device has already ended. According to TrendForce, the iPhone 12 mini "reached End-of-Life ahead of time" during the second quarter of 2021, suggesting that Apple will focus on selling ...
Read Full Article • 154 comments