Apple's Upcoming Wearable Device Not Likely to Ship Until Early 2015 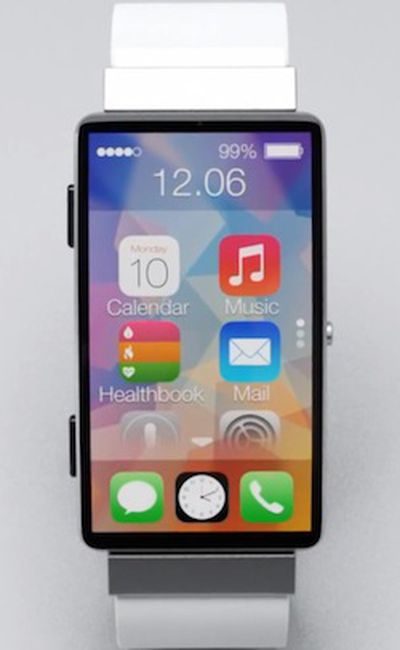 While Apple is expected to unveil its new wearable device, popularly referred to as the iWatch, at its media event scheduled for September 9, the device will likely not begin shipping until early next year, according to Re/code.

Sources in position to know tell me it won’t arrive at market for a few months. “It’s not shipping any time soon,” said one. So when does Apple plan to ship its eagerly anticipated wearable? That’s not clear, but my understanding is that we’re unlikely to see it at retail until after the holiday season — think early 2015.

Word of a significant gap between unveiling and launch is not a surprise, considering the company's history when entering new product segments. The iPhone and iPad both launched a number of months after their unveilings. With no existing Apple product of its type to see sales plummet ahead of a launch, Apple has more flexibility to announce early and ship somewhat later.

KGI Securities analyst Ming-Chi Kuo is among those who recently reported that a 2015 launch is likely for the iWatch, also having predicted last month that production on the device would not begin until November. Part leaks for the device have also been non-existent, supporting the notion that production has not yet begun.

Apple's September 9 event is expected to focus on the iPhone 6, with the iWatch sharing the stage. Early rumors had suggested Apple was looking to show off the iWatch in October, but it may have altered its plans to better position the device as an iPhone accessory rather than a standalone product.

Oooh! quit it with the dumb rumors. It will come when it comes.
I just hate it when expectations build and then break down. :mad:

Doctor Q
Developers could use the lead time to get apps ready once the device details are made public.
Score: 5 Votes (Like | Disagree)

I don't think so, I think Late november or December. They wouldn't want to miss out on bumper christmas sales.

If it went on sale in early December, that would leave a three month gap (Greater gap than between iPad announcement and iPad going on sale) and therefore plenty of time for it to go into production and get FCC approval.


I think the reverse is true. Introducing all their best stuff before the holidays is hurting sales because few people have the funds to buy an iPhone, an iPad and iWatch AND still have money left over to buy presents.

If they space it out, customers won't have to sacrifice one to get another and the likelihood that they'll buy all 3 increases. Also, they dilute their marketing... iPad will get drowned out by the iPhone noise and some may wait to upgrade their iPhone to get the iWatch.

There are other benefits to spacing out their launches including increased foot and online traffic and giving their competitors less breathing room.

Steve Jobs understood this but Tim Cook clearly doesn't and I really don't get this asinine strategy of staying quiet for 9 months and cramming everything into one season.
Score: 3 Votes (Like | Disagree)

What I was trying to say is that I want meaningful rumors, not the same iWatch crap.

The recent rumors have not been the same iWatch crap. Three very reliable sources have now said they iWatch (or whatever it will be called) will debut 9/9 and at least two of those sources said it will not release until 2015.

All of those rumors are relatively recent and likely accurate. What they need to stop recycling are all of the absolutely hideous mockups. Awful stuff. Part photos are great, photo-shopped crap from fans is pointless and confuses people who aren't paying attention.
Score: 2 Votes (Like | Disagree)

Phil13503
I think the Slogan is "Wish we could say more"
can be that the watch wasn't ready so show/talk about!!!

I think is kind of an apology already. :(
Score: 2 Votes (Like | Disagree)


They should seriously do this. Every other day the story changes here. I don't even post as much because I feel that I'm wasting my time. I also visit Android sites and thoses rumors/leaks actually turn out to be true. Here their throwing crap at the wall hoping for something to stick.
Even after all the announcements are over with the entire cycle starts over again. I wonder how many countless post were made over Apple TV? Just a waste of time.
Score: 2 Votes (Like | Disagree)
Read All Comments