Two weeks ago, Reuters released a report suggesting the iWatch's screen might measure in at 2.5-inches diagonally. The rumor came as a bit of a shock, because previous reports had all pointed towards a device with a much smaller display, in the range of 1.3 to 1.7 inches.

Previous concept images and videos have all centered on designs with smaller screens in line with past rumors, but SET Solution has created a new concept video demoing what a 2.5-inch iWatch might look like.


While it is hard to determine the size of the watch in the concept video given the lack of a reference point like a wrist, the slight curve to the display and the rectangular shape are also design details that were provided by Reuters. According to the site, the iWatch will protrude slightly from the band to create an arch shape that will fit around a wrist, and the face is expected to be "slightly rectangular."

Very little is known about the iWatch's user interface and operating system, aside from rumors suggesting that it will run a version of iOS 8. The iPhone-style app display in the video is pure speculation, as are the device's dimensions and battery life.

In addition to a 2.5-inch display size, the iWatch may also be available in smaller variations, as rumors have pointed towards multiple sizes and styles to fit a wide array of fashion preferences. The device is also expected to include multiple health and fitness sensors, wireless charging, and access to features like Messages and notifications through iPhone/iPad integration. Currently, rumors are pointing towards an October release date for the device.

All these concepts are just trying to recreate the iOS on the wrist. The moment you try to set out on that goal, it just doesn't work.

I'd be disappointed if my iWatch was just iOS with health sensors.

Remember in 2006 when people making "iPhone Concepts" were all convinced it would just be a big iPod that can make phone calls? 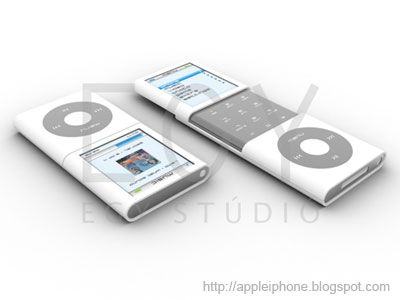 joejoejoe
let's hold hands and pray that the iwatch isn't that large
Score: 22 Votes (Like | Disagree)

farewelwilliams
All these concepts are just trying to recreate the iOS on the wrist. The moment you try to set out on that goal, it just doesn't work.

I'd be disappointed if my iWatch was just iOS with health sensors.
Score: 21 Votes (Like | Disagree)

NewtypeCJ
Maybe I'm alone in this, but I don't want a watch that does the same things my phone does. I'd love having a watch that shows the time and indicates GENERALLY if I've received important text messages/emails (Subject/Sender) or calendar alerts. But I don't want to interact with a watch all the time for everything I do with my phone.

I'd much rather a watch track my steps, activity, heart rate, that kind of thing, and offer some utility in terms of showing me important things. But the minute my watch is telling me it's time to check the crops in Farmville all is lost.
Score: 12 Votes (Like | Disagree)