Apple's iWatch is currently being tested by professional athletes from the MLB, NHL, and NBA to measure its fitness capabilities in rigorous training environments, reports 9to5Mac, citing a source with knowledge of the testing. Apple has reportedly invited several athletes, like LA Lakers player Kobe Bryant, to its Cupertino campus to discuss the iWatch.

Apple is said to be working with Los Angeles Lakers basketball player Kobe Bryant, Los Angeles Kings right winger Dustin Brown, and a few other star athletes, including a player from the Boston Red Sox, on the testing project. The athletes are said to have signed non-disclosure-agreements regarding the existence of the upcoming Apple wearable device.

Kobe Bryant was seen on the Apple campus back in May and is said to have met with Apple's chief designer Jony Ive, who has a leading role developing the iWatch. The athletes are likely testing out the multitude of health and fitness sensors built into the device, said to measure everything from sleep quality to heart rate to provide an overall picture of health. 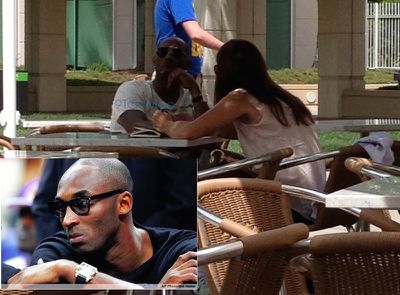 Kobe Bryant at the Apple campus in May, image via 9to5Mac
The source also reiterates that Apple's iWatch will be "positioned as a fashion accessory," which is in line with previous reports from KGI Securities analyst Ming-Chi Kuo. Kuo has predicted that Apple will release the iWatch at multiple price points and in a variety of materials, competing with low and high-end watches alike. At the higher end, the iWatch could retail for thousands of dollars.

Both former Yves. St. Laurent CEO Paul Deneve, who serves as a vice president, and Angela Ahrendts, in charge of retail stores, are said to be involved in marketing and strategies for selling fashion products at Apple locations.

According to recent reports from reputable news outlets, the iWatch will come in at least two sizes, with one device having a screen size of 2.5 inches. The design is said to feature a slightly rectangular face that protrudes slightly from a band to create an arch shape around the wrist. The iWatch, which may launch at an October event, is also said to include a sapphire crystal display, a touch interface, integration with existing iOS devices, and wireless charging capabilities.

"Apple is not cool enough... maybe if some cool people use our stuff more people will buy." 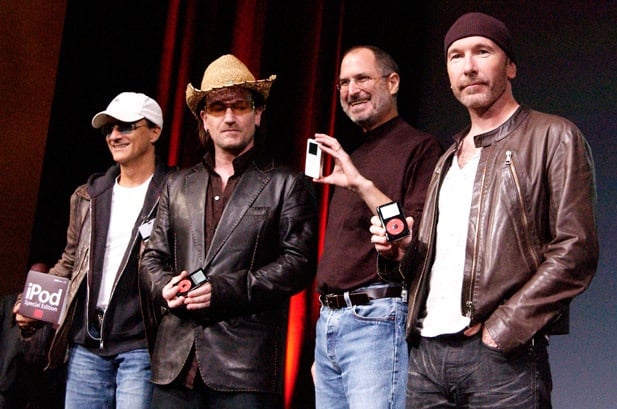 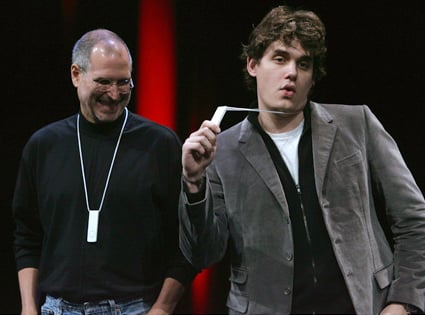 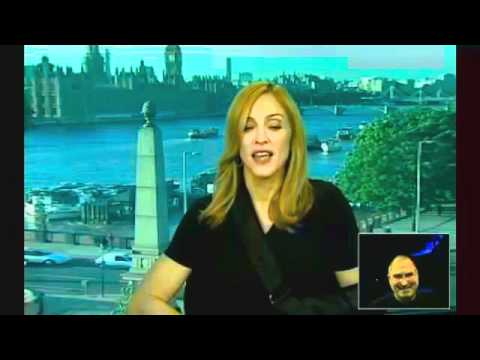 Haven't worn a watch on my wrist in 20 years. No plans to start either.


Well, we better call Apple and have them cancel the whole project.
Score: 21 Votes (Like | Disagree)

filmantopia
Do I remember correctly that both Swatch and Rolex gave Apple the finger as partners in the project?

If true, both companies are in for a rude awakening.
Score: 15 Votes (Like | Disagree)

Tubamajuba
It would be very easy to spot someone wearing the iWatch in public. Just look for the duct tape.
Score: 14 Votes (Like | Disagree)

"Apple is not cool enough... maybe if some cool people use our stuff more people will buy."

You are misappropriating this quote. It's from Steve Jobs. It's how he threaded the needle on the iPod phenom. You think Apple donated all those iPods for use in guest bags for Oscar, Emmy and Grammy award attendees just to be friendly? ;)

On topic -- if Apple can make fitness band with all the rumored features AND make it look like a nice thin fashion watch it going to shock the world. That's a very tough sonata to play. I have high hopes, but I think we are a few generations off before it can fully mature into the watch of rumor maker's dreams.
Score: 13 Votes (Like | Disagree)