Construction on Apple's Campus 2 is continuing to progress and a new aerial photo courtesy of Ron Cervi, KCBS news and traffic reporter, shows that all of the buildings on the site have now been demolished in order for new work to begin.

The area where the circular-shaped building will be constructed is cleared out, allowing us a glimpse at where the campus itself will be located. Apple has moved quickly with this project, having first begun working on the project just a few months ago after receiving unanimous approval for the project in November. 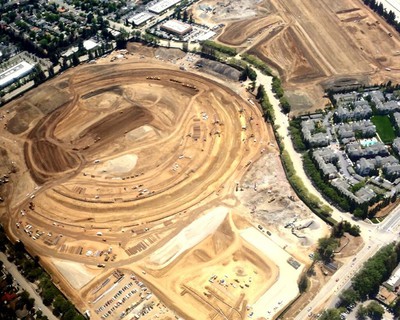 Street-level photographs back in December revealed several buildings still standing, but another aerial photo from February suggested a large portion of the demolition work had been completed. During construction, Apple has closed off sidewalks and built a large green privacy fence to keep the area hidden.

Apple hopes to finish the first phase of the Apple Campus 2 construction by 2016.

Does anyone else see a crude yin yang symbol?

HarryT
I just overlaid the bird eye view of the plans for it so you can see where it will sit. 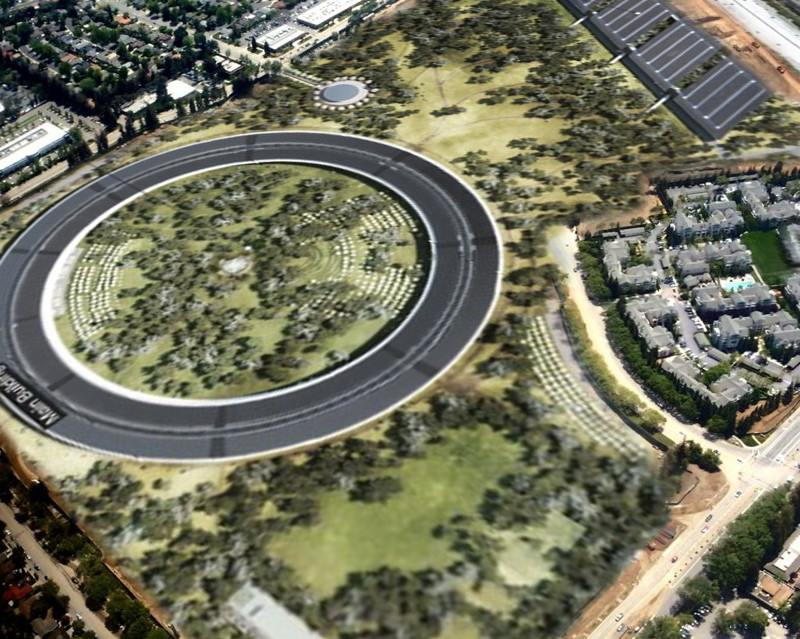 Ichabod.
Calling it a spaceship already might be a stretch. It looks a bit more like a crop circle at this point . . .
Score: 5 Votes (Like | Disagree)

bbbb4b
Over time, those homes won't even see the campus. All they'll see is trees and grassland.
Score: 4 Votes (Like | Disagree)

Wow I hadn't realized that people's homes are that close. That's gonna suck reallllly bad for them.


Care to elaborate? What about being that close is going to suck?
Score: 4 Votes (Like | Disagree)
Read All Comments