An alleged photo of what appears to be a front panel from Apple's larger-screen iPhone 6 has surfaced on Chinese microblogging site Weibo (via iPhone.fr, Google Translation). 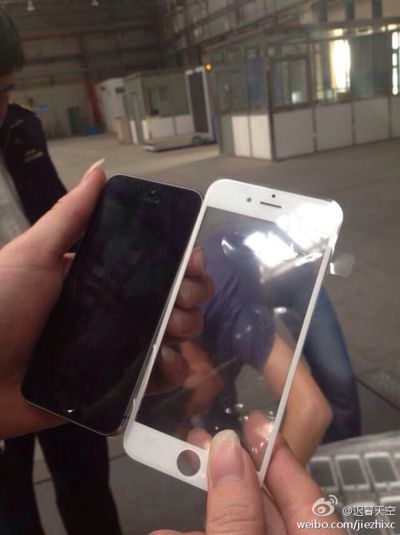 The image appears to show an individual in a factory-type setting holding up an iPhone 5s next to a much larger front panel that contains similar characteristics, including cutouts for a front-facing camera, ambient light sensor, ear speaker, and home button. However, the front panel also features a notably thinner bezel, which is consistent with previous rumors about the iPhone 6's slimmer design.

While the validity of the image cannot be confirmed, the leak is the latest among a number of others recently. This past weekend, several photos reportedly showed the details on manufacturing molds for the iPhone 6, which was followed by a photo yesterday that hinted at a 4.7-inch display.

Apple is expected to launch the iPhone 6 later this year, which may ship in two different sizes: 4.7 inches and 5.5 inches. Recent reports have indicated that the smaller 4.7 inch version will ship first in the fall, while the larger version may ship later this year or in early 2015 due to manufacturing challenges.

Along with a larger screen, both models of the next-generation iPhone are rumored to include a new A8 processor, Touch ID fingerprint sensor and an upgraded camera featuring optical image stabilization. A report yesterday from Jefferies analyst Peter Misek also stated that Apple is negotiating with wireless carriers to raise the price of the iPhone 6 by $100.

Update 8:07 AM: A second comparison photo has also been discovered on Weibo, showing the iPhone 6 panel next to an iPhone 5 or 5s that is turned on. The image is of relatively low quality, but does offer a fairly straight-on view that shows the larger iPhone accommodating a screen of approximately 4.7 inches.

Ted13
This makes me very sad: it is way too big. No way do I want to try to stuff that in my pocket or hold it in one hand or make a phone call with it.

I so hope that Apple, while catering to the hopefully temporary "give me a giant phone" insanity out there offers us an alternative top of the line model the size of a 4S or 5S.
Score: 34 Votes (Like | Disagree)

I hate all of you who want a bigger iPhone. Apple is just giving the customer what it wants and it seems everyone wants a bigger phone these days and I hate you all. I like being able to put mine in my pocket. You all can suck it! Suck it hard!
Score: 30 Votes (Like | Disagree)

helloboo
I was hoping for an ultra-thin bezel :(
Score: 29 Votes (Like | Disagree)

F123D
Peoples thumbs sure have gotten longer in two years. 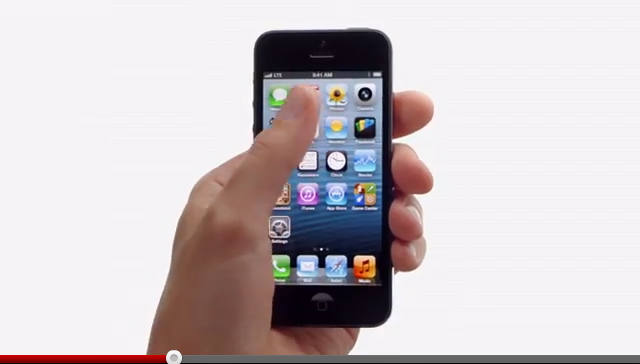 atmc
No! I don't want a phone that big. This makes me sad, really.
Score: 26 Votes (Like | Disagree)
Read All Comments