California State Senator Mark Leno is introducing a bill that would require all cellular phones sold in the state to include antitheft technology, reports The New York Times. This measure is being introduced as a way to curb smartphone thefts, which are on the rise in major metropolitan areas like San Francisco and New York City.

"With robberies of smartphones reaching an all-time high, California cannot continue to stand by when a solution to the problem is readily available," Senator Leno said in a statement. "Today we are officially stepping in and requiring the cellphone industry to take the necessary steps to curb violent smartphone thefts and protect the safety of the very consumers they rely upon to support their businesses."

Co-sponsored by San Francisco’s district attorney George Gascón, this kill switch requirement could go into effect as soon as January 1, 2015, if passed by the state legislature and signed into law by Governor Jerry Brown. 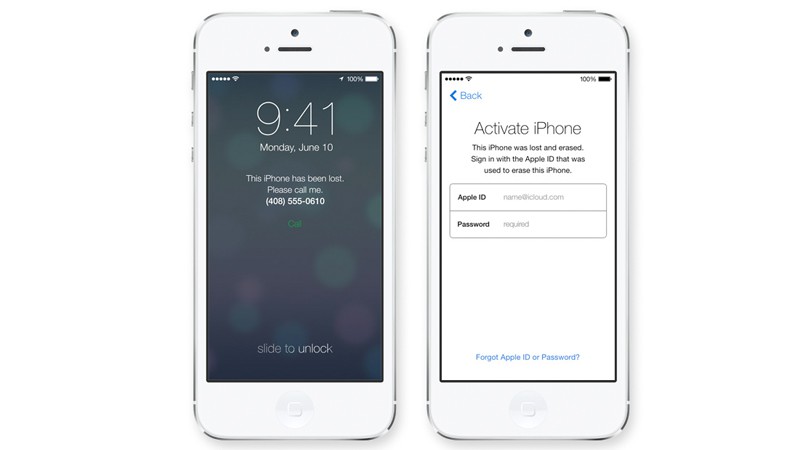 Apple likely won't be affected by the bill as it introduced its own antitheft technology with iOS 7's Activation Lock feature. This feature locks the device to the user's iCloud account and is automatically turned on when Find My iPhone is enabled. Thieves are prevented from turning off Find My iPhone, signing out of iCloud or wiping the device without supplying the original account credentials. This feature appears to meet the antitheft requirements of Leno's bill.

Gascón and New York Attorney General Eric Schneiderman expressed interested in Activation Lock when it was introduced at WWDC 2013. After reviewing the technology, Gascón and Schneiderman were impressed with the feature, praising Apple for taking "an important first step towards ending the global epidemic of smartphone theft."

Cellular industry trade group CTIA will likely oppose the bill and its terms that require a $2500 fine for every phone sold without antitheft technology. The group has argued against kill switches and offered a nationwide database of stolen phones as an alternative. Law enforcement officials, however, claim the US-based blacklist is ineffective as many stolen phones are sold overseas.

Z400Racer37
This is a perfect example of the government jumping in front of a parade and pretending to lead it. The FREE MARKET was taking care of this problem JUST FINE. Thank goodness they were there to waste all that money though. They must really care.
Score: 21 Votes (Like | Disagree)

The FREE MARKET was taking care of this problem JUST FINE. Thank goodness they were there to waste all that money though. They must really care.

The logic here is that failure to install this technology is costing the State money, therefore the State has the authority to require it. It's the same logic that allows the government to set safety standards for cars.

And that is exactly how tyranny gets justified. That is how rights get trampled. That is how control is seized. They have to pay therefore it becomes their bushiness and they have a right to demand compliance.

Look how cigarettes have been beaten up because of the associated health costs. With this logic, what stops the government from doing whatever it wants? Tax or over regulate anything out of existence. Who in the world needs the rule of law when you wield that kind of power?
Score: 10 Votes (Like | Disagree)

herr_neumann
Why address the underlying causes of crime when you can propose a politically expedient bill instead?...
Score: 10 Votes (Like | Disagree)

The Doctor11
If I want I sell a phone that doesn't have anti theft tech. why can't I? What if I don't want to put the time and money in to that? I hope this does not become a law
Score: 10 Votes (Like | Disagree)
Read All Comments

Monday May 25, 2020 2:53 am PDT by Tim Hardwick
Apple is reportedly looking to integrate light sensors in a new model of AirPods in the next couple of years, according to a new report today, suggesting their use could be part of rumored upcoming health monitoring features in the true wireless earbuds. In a paywalled article, DigiTimes reports that ASE Technology could be involved in manufacturing the sensors: Apple is expected to...
Read Full Article • 27 comments