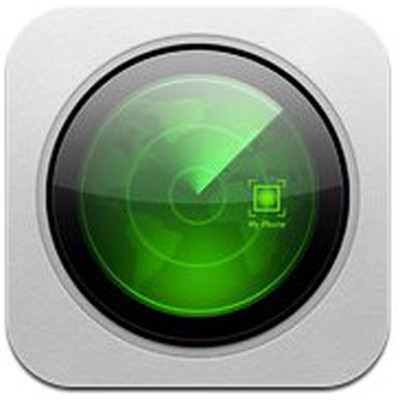 A new national stolen phone database is having little effect on smartphone thefts in the U.S., according to an article in The New York Times. The country's four major carriers all contribute to the database, which lists stolen phone ID numbers that should not be activated on domestic networks. However, the database appears to be ineffective for several reasons.

For one, the database has no effect on phones taken overseas, where many stolen phones end up. Second, the unique identifiers can be changed by organized theft rings. As a result, some law enforcement authorities have begun pressing smartphone manufacturers to build a kill switch into phones.

George Gascón, San Francisco’s district attorney, says handset makers like Apple should be exploring new technologies that could help prevent theft. In March, he said, he met with an Apple executive, Michael Foulkes, who handles its government relations, to discuss how the company could improve its antitheft technology. But he left the meeting, he said, with no promise that Apple was working to do so.

He added, “Unlike other types of crimes, this is a crime that could be easily fixed with a technological solution.”

The Times also compares smartphone theft to car theft, which has plummeted in recent years because of technological changes in automobiles that make them more difficult to steal and part out.

Cynical observers note that Apple and other carriers financially benefit from phone theft because most victims buy another phone, though Apple has gone to some expense to develop the 'Find My iPhone' service and to encourage iPhone owners to activate the service during the setup process.

Google does not include any such service in Android, though there are some third-party products that are similar to Apple's service.

spiderman0616
This is a non-story. Find My iPhone is far better as far as anti-theft than anything anyone else has. You can lock, remote wipe, or send messages to your phone if it's stolen. What else does the New York Times want Apple to do, hire a police force to stop the thieves?

Crzyrio
No doubt, Apple is very easily capable of tracking lost phones or erasing them via IMEI or UDID or something

But in order for them to do that, they would have to jump through a LOTTT of hoops .

Think about it, the moment Apple tells you they are able to track your ever location through your imei, cue in everyone with 'i dont wanna use an iphone because apple can do that'

That is just an example, I am sure there are a ton of laws preventing them from doing this
Score: 10 Votes (Like | Disagree)

To be honest, I've never quite understood Find My iPhone. Yes, it's very handy in tracking down where your iPhone is and exactly who has it and hell even following them home. But it's the "erase" feature that has me confused. The option to completely wipe the device, effectively restoring it to factory settings allowing the thief to sync it with their PC and have a fully functioning iPhone with little to no hassle...?


my data is way more valuable to me than my phone.
Score: 8 Votes (Like | Disagree)

cambox
What a surprise that Apple have no interest in stopping theft. My Iphone was taken to an Apple store after it was stolen and the phone was on the list. Apple did absolutely nothing even tho they knew stolen. Cheers Apple!
Score: 8 Votes (Like | Disagree)

To be honest, I've never quite understood Find My iPhone. Yes, it's very handy in tracking down where your iPhone is and exactly who has it and hell even following them home. But it's the "erase" feature that has me confused. The option to completely wipe the device, effectively restoring it to factory settings allowing the thief to sync it with their PC and have a fully functioning iPhone with little to no hassle...?


And without your address, all your friends addresses, all the bank details that you left on your phone, and so on. Maybe private photos. For many people, the loss of the phone is less important than someone being able to read everything.
Score: 7 Votes (Like | Disagree)

chrisch3n
I've personally had my iPhone stolen and the first thing the thief did was turn my phone off. I used the "find my iPhone" app for days and the thief never once turned the phone on when I checked, basically making the app useless.

I think a 4 digit password should be entered every time you try to turn the phone off, this might buy you some time to actually put the "find my iPhone" app to use.

Just a suggestion, but it could be effective in helping to stop amateur thieves.
Score: 6 Votes (Like | Disagree)
Read All Comments

Thursday July 22, 2021 3:22 pm PDT by Juli Clover
iDOS 2, an app designed to allow users to play classic DOS games, will soon be pulled from the App Store, the app's creator said today. According to iDOS developer Chaoji Li, he tried to submit an iDOS update with bug fixes to the App Store, but was told that the update was rejected because it violated the 2.5.2 App Store guideline that says apps cannot install or launch executable code.Durin...
Read Full Article • 246 comments