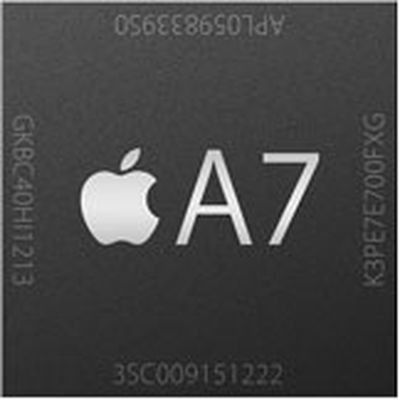 Samsung has signed a contract to produce 30% to 40% of Apple's 14-nm A9 chip family in 2015, with the remainder of the production load being handled by other Apple supplier Taiwan Semiconductor Manufacturing Company (TSMC), reports Digitimes.

The news comes after a report back in July stating that Apple had signed a deal with Samsung to cooperate in producing A9 processors based on a 14-nanometer process node, though it was not known then whether Samsung would be the sole supplier of the chips. The claim also came weeks after TSMC confirmed a deal with Apple to begin producing A-series chips in 2014, but was also followed up by a report in September stating that Samsung would also be helping out with A8 chip orders as well.

Apple has apparently been seeking to reduce its reliance on Samsung as a component supplier as the two companies have become fierce rivals in both the mobile marketplace and in the courtroom. The two companies have, however, continued working together in several areas, particularly where Samsung's competitors in the component market are unable to match its technology, production capacity, or pricing.

Furthermore, a look into the A7 processor in September revealed that Samsung was indeed the manufacturer for the chip, with the chip produced at a smaller 28-nm node compared to the 32-nm A6. Currently, the A7 chip is used in the iPhone 5s, the iPad mini with Retina Display, and the iPad Air. Teardowns of all three devices revealed that the iPad Air includes a slightly faster variant of the A7 chip clocked at 1.4 GHz compared to the iPhone 5s and Retina iPad Mini which both include an A7 chip clocked at 1.3 GHz.

what a soap opera relationship

uknowimright
what a soap opera relationship
Score: 6 Votes (Like | Disagree)

Apple has claimed the A7 is now a Desktop-class 64-bit processor (and benchmarks show that it does perform as well as a 2010-era Desktop CPU) - this poses some interesting things for upcoming chips.
Just picture the type of advanced by the time the A9 shows up. The performance and lower power requirements. It would probably be a better performer than what most people have in their computer.

No way, why? The A7 chip is just merely equivalently to my 2005 AMD Athlon X2 with 1GB of RAM running light weighted xUbuntu. I have done the benchmark before. A7 does not even outperform my old Intel Pentium Dual Core. Most people in this days have at least some short of Dual core desktop processor inside their computer. A7 is far away from Intel Core i3.

A9 maybe close to intel processor from three or five years ago, but by them, Intel processor will be even more powerful than current generation.

The performance gap between ARM and x86 is huge. A7 might able to do one heavy application at time with no problem, but it will struggle when multitasking between multiple application running at same time. I could run games, AutoCAD, Photoshop at same time on my desktop setup, but no way with iPad.
Score: 5 Votes (Like | Disagree)

what a soap opera relationship


You know Samsung is a huge company. Just because Apple has legal issues with the smartphone department does not mean that they have issues with samsung overall.
Score: 4 Votes (Like | Disagree)

BornAgainMac
Nice they brand it with numbers. Better than saying this is the new A.
Score: 3 Votes (Like | Disagree)

So we probably get 22nm next year and yet another shrink the year after. That's rapid. Expect significant gains both times.
Score: 3 Votes (Like | Disagree)
Read All Comments