Inside Apple's A7 Chip, M7 Motion Coprocessor, and More from the iPhone 5s

Tuesday September 24, 2013 9:23 am PDT by Eric Slivka
At its media event introducing the new iPhones earlier this month, Apple highlighted several chip innovations included on the iPhone 5s including a new A7 main chip with one billion transistors and a smaller M7 "motion coprocessor" designed to efficiently measure accelerometer, gyroscope, and compass data and thus allow for enhanced fitness tracking, navigation, and more.

Chipworks and iFixit have now posted a teardown revealing what's inside these chips, as well as several other components of the iPhone 5s, offering an interesting first glimpse at these components at the heart of the device.

In looking at the A7, Chipworks noted that it is indeed manufactured by Samsung using its 28-nm process node. Apple has been seeking to shift its A-series chip production from Samsung to TSMC, but TSMC's chip production will reportedly not start until early 2014.

Gate pitch comparison of A7 and A6 (click for larger)

For the A7, Apple and Samsung have reduced spacing between transistors to 114 nanometers, a 7.3% decrease compared to the A6 chip. That denser transistor packing plus a slightly increased die size has helped Apple to fit approximately one billion transistors on the chip.

Those 9 nm are a big deal. Looking to improve on their current 32 nm process, Apple decided to make the A7 with the same 28 nm process as the eight-core Samsung Exynos 5410, the current flagship CPU for Samsung’s own Galaxy line. 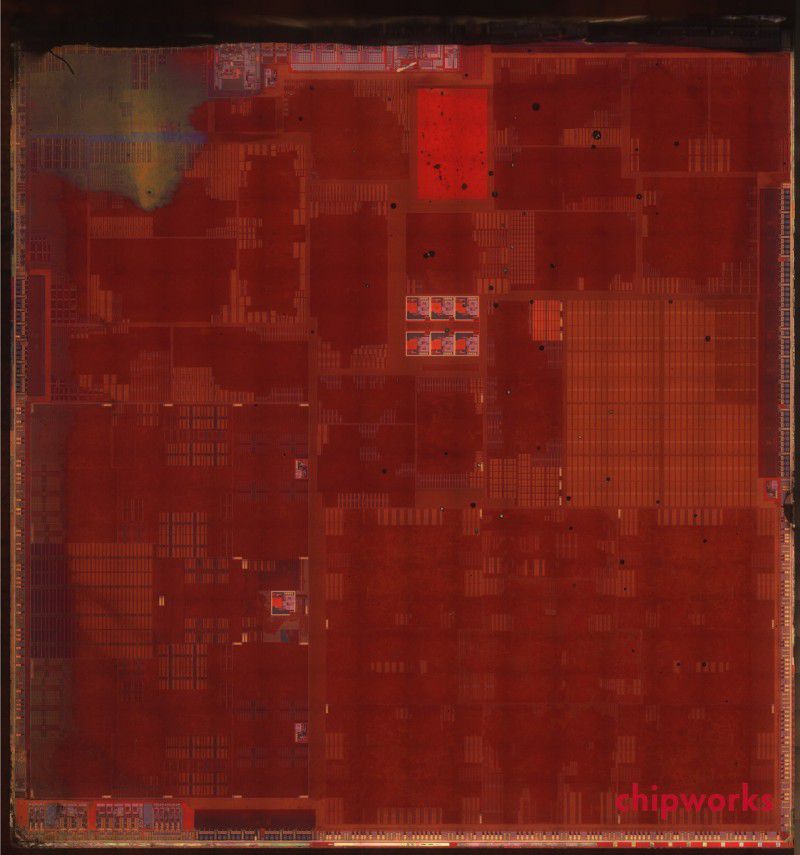 Chipworks also took a look at the M7, which is actually an ARM Cortex-M3 part from NXP running at 180 MHz. The chip allows for low-power collection of motion data drawn from a Bosch Sensortec accelerometer, an STMicroelectronics gyroscope, and an AKM magnetometer.

After collecting information from the accelerometer, gyroscope, and magnetometer, the M7 performs some matrix math processing magic to produce an absolute orientation of the phone relative to the world. This data is then passed to the A7 in a neat package, probably in the form of three headings (roll, pitch, and yaw).

Using the A7 to monitor this sort of data would be mega-overkill, so the M7 was introduced to maintain a constant, low-power watch over these sensors. 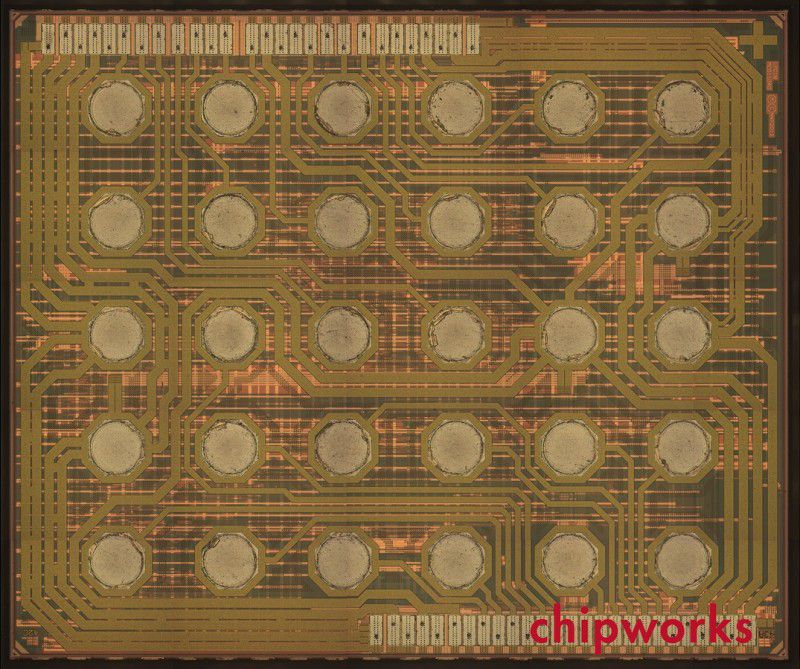 Finally, Chipworks performed some analysis on several other components from the iPhone 5S, including the rear camera sensor and LTE modem, while iFixit pointed to the Wi-Fi module and various radio and power amplifier components that all work together to provide connectivity for the new iPhone.

This chip technology is mind boggeling and truely amazing. I remember building my first computer (if you can still consider it that) using a few dozen vaccum tubes back in the late '50s. Each of the tubes contained up to 4 electronic switches. That baby was hot... literally. Now this little chips contains a billion switches and just warm to the touch... truely amazing!
Rating: 7 Votes

Still haven't figured out what the M7 actually does...


I'm not 100% sure but I would guess it is probably applying a Kalman filter : http://en.wikipedia.org/wiki/Kalman_filter

When you have several overlapping sensor inputs you can combine them in such a way to minimise potential error.

In the case of the iPhone, the Compass heading can be used to calibrate heading and the accelerometer/gyroscope used to integrate minute changes that the compass is not sensitive enough to pickup.

The ultimate goal would be to also integrate GPS coordinates, and have a system accurate enough that it could track your movement ( by integrating accelerations twice ) but as I understand it the accuracy of the sensors is still way too low for this to be feasible.
Rating: 5 Votes

I wonder if some descendant of the A7 will be able to replace intel inside a future MacBook..


Why wait for a descendant?

I ported some of my extremely compute intensive engineering calculations from my 2009 MacBook Pro to iOS, recompiled for arm64 using the new Xcode, and found that the calculations now benchmark just as fast on an iPhone 5s as on the MacBook Pro (which BTW is a lot faster than was a desktop G5 "supercomputer").

No waiting, equal performance, better battery life, and, very unlike the G5, it fits in my pocket.
Rating: 4 Votes

The ball is at the hands of the iOS apps developers.

The next six / twelve months will be exciting times for iPhone 5s users.

Next year will just be going thru the motion. Another cycle of pissing contests between the fanboys.
Rating: 4 Votes

Best way I have heard it explained: The A7 is the chip of tomorrow; not today.

All of the side-by-side comparison tests show no significant real world performance benefit to the A6 in the iPhone 5 (basic OS use, no gaming). By the time the 64-bit architecture catches on and is fully realized by developers, the iPhone 6 will be looming around the corner...


Yes they do. The A7 is noticeably faster in many apps, not just gaming. iOS 7 stutters a bit on the iPhone 5, no stutter on the 5S (in multitasking) - but this is probably due to lack of optimization.
Rating: 4 Votes

Still haven't figured out what the M7 actually does...

In the ip4,4s and 5 the processor deals with everything the sensors in the phone feed back and although the processor does it's best to sit in a low powered state it still processes the information so when requested it's there and available.

On the 5s the m7 chip which is running just fast enough to process the information in the background sipping battery life. So this allows the a7 to idle in a better state and when the information is required it can pull it straight from the m7 without polling the 3 separate sensors.

The battery saving potential of this is massive.
Rating: 4 Votes

Four oF NINE
So the A7 is substantially more dynamic than the A6. I hope this trend continues.
Rating: 4 Votes

MultiMediaWill
Still haven't figured out what the M7 actually does...
Rating: 3 Votes

BS. The entire chip design was made by Apple. Samsung only produces the chips because they have such large manufacturing capabilities. TSMC will soon take over hopefully.

It is with some irony Samsung manufactures chips which far exceed their own in technological advantage.
Rating: 2 Votes