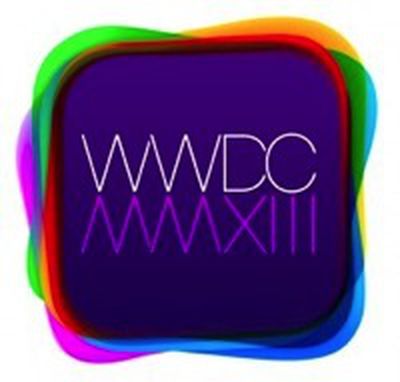 It's not clear if Dalrymple, who is known to have excellent contacts at Apple, is passing on something in particular from the company or it's just a summary of what he expects ahead of WWDC.

Dalrymple writes that he doesn't expect a new iPhone or iPad model, largely because the devices are flagship products and would have their own, separate media events. Instead, he believes that the Mac wouldn't warrant its own event -- but an announcement of Mac updates would fit well at WWDC.

The Mac is still an important part of what Apple does, but I don’t know that Apple would hold a special event specifically for a Mac product anymore. If they did, it would have to be quite a spectacular product.

For me, the Mac products fit well with a Tim Cook keynote at WWDC. That’s all I really expect from Apple in the way of hardware at the conference.

Finally, Dalrymple expects Apple to show off new versions of both the Mac and iOS operating systems, which Tim Cook confirmed last night at D11. A number of previous reports have claimed that much of the iOS user interface would receive a Jony Ive-led revamping, with a "flatter" design and fewer skeuomorphic elements.

A number of reports have suggested that Apple will introduce new iPhone and iPad models this fall, including a Retina-display equipped iPad mini, as well as a new iPhone model perhaps equipped with a fingerprint sensor.

tevion5
New Mac Pro and iOS7 please. The entire WWDC can happily consist of just those. That would be a major event.
Score: 17 Votes (Like | Disagree)

cube
Macs are the most important thing Apple does. I can just live with an Android phone or tablet.
Score: 15 Votes (Like | Disagree)

Macs are the most important thing Apple does. I can just live with an Android phone or tablet.

Wrong. To Apple the most import thing they do is make money. iOS devices are where they make the most.
Score: 14 Votes (Like | Disagree)

Pentad
Bring on Gen 2 of the MBPr line!

Wednesday June 29, 2022 5:23 pm PDT by Sami Fathi
The redesigned MacBook Air with the all-new M2 Apple silicon chip will be available for customers starting Friday, July 15, MacRumors has learned from a retail source. The new MacBook Air was announced and previewed during WWDC earlier this month, with Apple stating availability will begin in July. The MacBook Air features a redesigned body that is thinner and lighter than the previous...
Read Full Article • 319 comments