According to a rumor from The China Times [Google translation], Apple is planning to adopt new touch panels with "Touch on Display" technology for the next iteration of the iPhone. The panels, which have been developed by Apple supplier Innolux, are said to be in testing at the moment.

Apple's iPhone 5 incorporated a display that uses in-cell technology, and it has been reported that problems with the recognition of rapid diagonal swiping on the screen are due to the display. That may be one reason Apple is looking at new touch panel technology.

The China Times concurs, pointing to the slow response speed of the iPhone 5's touch panels along with interference issues as the deciding factor behind the switch.

There isn't much information available about the Touch On Display panels, but they are said to be thin and tough, with a thickness of 0.5mm and improved optical performance and sensitivity.

The new display would presumably be used in Apple's iPhone 5S, which could be entering production as early as the first quarter of 2013.

Rumors about the next-generation iPhone are already surfacing, with a report earlier this week claiming that the iPhone may launch in mid–2013 in several different colors and sizes, and a leaked photo in December of what might be the rear shell of the next phone.

bb426
I have had zero problems with my iPhone 5 screen.

Then again I don't swipe rapidly in diagonal directions on a daily basis either.
Score: 28 Votes (Like | Disagree)

How many people are have these issues? 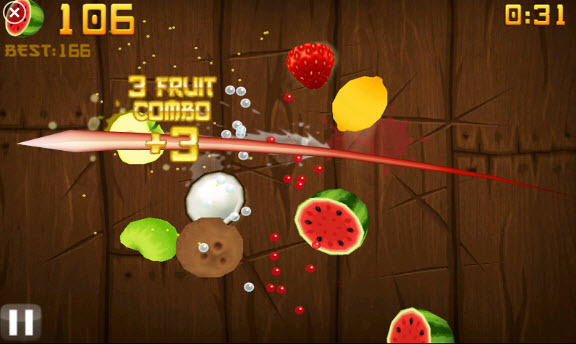 caligomez
My iPhone 5 display works great.. Don't know what problems they are referring to..
Score: 10 Votes (Like | Disagree)

... hopefully the 5S fixes whatever paint issues the 5 had

I'm assuming you mean the "flawed" black aluminum. Which wasn't really flawed until someone purposely flawed it with a sharp object.

Just another excuse to upgrade :p
Score: 6 Votes (Like | Disagree)

Someone that has this issue with 'normal' usage.


Many would argue that games are one of the most "normal" things you can do with an iDevice. What's "normal" for you, may not be for someone else. As a matter of fact, my 9 year old son and my 10 year old daughter each have an iPod Touch. They "normally" use it to play games and rarely use the other features.
Score: 5 Votes (Like | Disagree)


Nope, I haven't had problems with Fruit Ninja.
Score: 5 Votes (Like | Disagree)
Read All Comments

Thursday February 25, 2021 7:48 am PST by Joe Rossignol
Apple plans to unveil new 14-inch and 16-inch MacBook Pro models with Mini-LED-backlit displays in the second half of this year, according to industry sources cited by Taiwanese supply chain publication DigiTimes. The report claims that Radiant Opto-Electronics will be the exclusive supplier of the Mini-LED backlight units, while Quanta Computer is said to be tasked with final assembly of the...
Read Full Article • 182 comments