Apple to Begin Trial Production of iPhone 5S for Earlier Than Expected Launch? 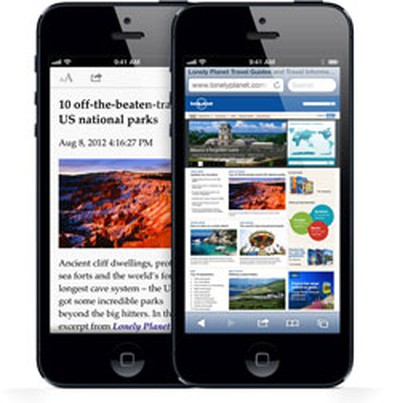 Facing low yield rates in the production of iPhone 5, Apple has accelerated the certification processes for related parts and components for the iPhone 5S, the paper revealed.

Apple originally launched the iPhone in the summer of 2007 and then stayed on an annual mid-year release cycle. This schedule held true until the launch of the iPhone 4S which launched in October 2011. Apple then continued this fall-release schedule with the iPhone 5 in 2012. As a result, many have expected the iPhone 5's successor to launch in the fall of 2013.

The Commercial Times has had a spotty record, however, so its hard to gauge how much faith to put into this single report. If the iPhone 5S launch will indeed be accelerated, we are certain to hear more in the coming months.

MRU
In other news iPhone 6 set for two weeks after the iPhone 5s. A random guy in China told me so.....
Score: 57 Votes (Like | Disagree)

If an iPhone5S launches in January there will be a lot of pretty hacked off people.


I don't think you can read a January launch into this, even if u are interpret it at face value.

colmaclean
I'm getting pretty fed up with having to go to a store every two weeks to keep my tech at the bleeding edge.

Apple needs to take it to the next level and allow us to download hardware updates through iTunes.
Score: 19 Votes (Like | Disagree)

komodrone
INB4: But i just got the 5.
Score: 16 Votes (Like | Disagree)
Read All Comments

Wednesday June 9, 2021 4:41 pm PDT by Joe Rossignol
It's been a few days since Apple announced macOS Monterey, and we continue to dig through new features that weren't mentioned during the WWDC keynote, including a much more convenient way of erasing a Mac. Following in the footsteps of the iPhone and iPad, the Mac has gained an "Erase All Content and Settings" option on macOS Monterey. The option allows you to erase all user data and...
Read Full Article • 163 comments

Wednesday June 9, 2021 8:23 am PDT by Joe Rossignol
While there are many great new features in macOS Monterey, several of them are not available on Intel-based Macs, according to Apple. On the macOS Monterey features page, fine print indicates that the following features require a Mac with the M1 chip, including any MacBook Air, 13-inch MacBook Pro, Mac mini, and iMac model released since November 2020:Portrait Mode blurred backgrounds in...
Read Full Article • 766 comments

Friday June 11, 2021 10:27 am PDT by Joe Rossignol
We've highlighted several new features coming in macOS Monterey, such as Low Power Mode and the option to erase a Mac without reinstalling the operating system, but there are some smaller tidbits that we wanted to share. Animated Memoji on Login Screen One small but fun new feature in macOS Monterey is the addition of a personalized Memoji on the login screen, complete with animated facial...
Read Full Article • 71 comments