iMore reports that Apple is "currently targeting" an October launch for a smaller iPad, with the device carrying a display of roughly 7 inches and being priced in the $200-$250 range.

According to our source, which has proven reliable in the past, the reason for such aggressive pricing is to do to the tablet market what Apple did to the MP3 market in 2004 with the expansion of the iPod product line -- leave absolutely no space for competitors.

Interestingly, the report's source claims that the 7-inch iPad will be "identical in every way" to the current iPad with the exception of the display size, apparently including a Retina display. That would give the smaller iPad a pixel density roughly identical to that of the iPhone 4S.

It remains unclear how Apple would be able to meet a $200-$250 price point for the smaller iPad given the apparent specs, although the device will reportedly come with only 8 GB of storage. Still Apple's current iPod touch starts at $199 and this smaller iPad will undoubtedly carry significantly higher component costs.

Mockup of 7.85-inch "iPad mini" next to iPad 2 (courtesy of CiccareseDesign)
Reports of a smaller iPad have been circulating ever since the launch of the original iPad, enhanced in recent months by perceived competition from Amazon's $199 Kindle Fire. The sheer number of rumors suggest that Apple has at least been working on such a device, and reports of a planned launch for later this year have been increasing. Most observers have, however, believed that the device would carry a non-Retina display in order to allow Apple to meet lower pricing targets.

iMore has been rather accurate with its recent iOS device rumors, correctly pinpointing the third-generation iPad launch event date back in February and backing claims of LTE compatibility for the device ahead of its launch.

The site has since offered claims of a smaller dock connector for the next-generation iPhone, an idea which has been gaining traction with other rumors. The site has also issued claims of a fall (likely October) launch of an LTE iPhone anticipated to carry the same 3.5-inch display size seen in all iPhone models to date.

Feed Me
Stop posting this article every day.
Score: 59 Votes (Like | Disagree)

mikeo007
Apple changing their strategy to become a loss leader in a market that they already dominate? Seems legit... 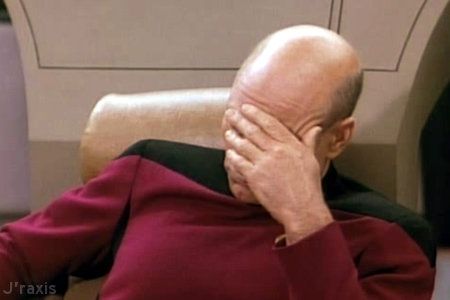 gorskiegangsta
A tablet with that kind of display for $200-250? Forgive me for being skeptical.
Score: 43 Votes (Like | Disagree)

Fuchal
8GB of storage is a mistake with the size of these retina iPad apps.
Score: 40 Votes (Like | Disagree)

MacDawg
Still have my doubts
I can't see Apple pricing at that point
And while there may be a market, it doesn't really make sense to compete against itself
Score: 30 Votes (Like | Disagree)

gglockner
No way. They would have to seriously drop the price of the iPod Touch.

My guess is that an updated iPod Touch is coming in October at this price point.
Score: 23 Votes (Like | Disagree)
Read All Comments

Apple Shares Top 20 Most Downloaded Games and Apps of 2020

Tuesday December 1, 2020 9:38 pm PST by Juli Clover
Alongside picks for the top iPhone, iPad, and Mac apps and games of the year, Apple today shared charts featuring the Top Games of 2020 and the Top Apps of 2020, revealing the most popular free and paid apps and games during the year. Among Us! was the top free game of 2020, followed by Call of Duty: Mobile, Roblox, and Subway Surfers. Ink Inc. Tattoo Drawing was the number four free app,...
Read Full Article • 21 comments

Developer Delves Into Reasons Why Apple's M1 Chip is So Fast

Monday November 30, 2020 1:57 pm PST by Juli Clover
Apple's M1 chip is the fastest chip that Apple has ever released in a Mac based on single-core CPU benchmark scores, and it beats out many high-end Intel Macs when it comes to multi-core performance. Developer Erik Engheim recently shared a deep dive into the M1 chip, exploring the reasons why Apple's new processor is so much faster than the Intel chips that it replaces. First and foremost,...
Read Full Article • 340 comments

Monday November 30, 2020 3:10 am PST by Tim Hardwick
Apple has been slapped with a 10 million euro ($12 million) fine by Italy's antitrust watchdog for unfair commercial practices related to its iPhone marketing in the country. One of the Apple ads cited in the Italian watchdog's proceedings (credit: setteBIT) Specifically, Apple is being charged for misleading claims in promotional messages about how deep and how long iPhones can be submerged...
Read Full Article • 326 comments

Monday November 30, 2020 6:25 am PST by Mitchel Broussard
Today is Cyber Monday, a shopping event that sees many of the same deals from Black Friday bleed over into a new week, along with a few brand new offers on everything from Apple products to related accessories. In this post we'll highlight the best online discounts that you can find on Apple devices today. Note: MacRumors is an affiliate partner with some of these vendors. When you click a...
Read Full Article • 13 comments

Monday November 30, 2020 2:24 am PST by Tim Hardwick
Apple is widely reported to be embracing mini-LED display backlighting technology for some products next year, and a new report today by DigiTimes has named several of Apple's partners in the supply chain that are expected to benefit from the switch. According to the report, Apple is set to launch its first mini-LED iPad Pro in the first quarter of 2021 and mass produce mini-LED MacBook Pro...
Read Full Article • 126 comments

Wednesday December 2, 2020 3:21 am PST by Tim Hardwick
Back in early November, Apple released iOS 14.2 and announced with it a slew of new features for iPhones, but one thing it didn't mention was the apparent addition of support for 1080p FaceTime calls on iPhone 8 and later devices. The little-known fact was discovered by MacMagazine, which found that Apple quietly updated the specs pages for devices like iPhone XR shortly after the release of ...
Read Full Article • 66 comments

Tuesday December 1, 2020 9:26 pm PST by Juli Clover
Apple today shared its App Store Best of 2020 winners, highlighting its picks for the top iOS, iPadOS, and macOS apps and games released over the course of the year. Apple's iPhone App of the Year award went to Wakeout!, which is a family friendly exercise and movement app that encourages people to complete easy exercises while at home. Apple's iPad App of the Year was Zoom, which soared in...
Read Full Article • 26 comments

Tuesday December 1, 2020 4:15 pm PST by Juli Clover
Apple today began selling the MagSafe Duo Charger that was announced alongside the new iPhone 12 models back in October. Priced at $129, the MagSafe Duo offers a MagSafe charging puck for the iPhone 12, 12 Pro, 12 Pro Max, and 12 mini, along with an Apple Watch charger. Though the accessory was announced in October and was listed as coming soon, it was not clear when it would launch. Orders...
Read Full Article • 312 comments

Tuesday December 1, 2020 8:09 am PST by Joe Rossignol
The first iMac with a Retina 5K display is one of several iMac models that have been added to Apple's vintage products list this week. In the past, vintage Apple products were no longer eligible for repairs at the Genius Bar or at Apple Authorized Service Providers, but Apple began offering extended repairs of select vintage products in 2018. Many of the iMac models listed below will likely...
Read Full Article • 143 comments