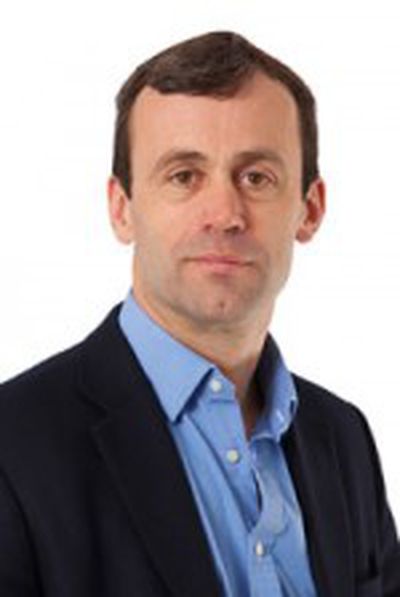 Apple CEO Tim Cook earlier this week explained that new Apple's new Senior Vice President of Retail, John Browett, was hired not to "bring Dixons to Apple", but instead "to bring Apple to an even higher level of customer service and satisfaction." In the initial press release announcing the hire, Cook went even further, saying that "John shares that commitment [to customer service] like no one else we’ve met."

Showcasing part of John Browett's dedication to customer service, MacRumors reader Paul Harmer passed along this story of a run-in he had with Browett in the UK:

About a year ago I was with a friend in our local branch of PC World (part of the Dixons group) looking at plasma TVs. We were assisted by a really charming and knowledgable assistant, who I must admit appeared slightly better-dressed and older than most in the store. He must have spent at least 30 minutes with us, explaining the pros and cons of LCD vs plasma, and the best deals available. An excellent impression.

Turns out it was John Browett making one of his regular store visits, but we had to prise this out of him.

Hope he does well, genuinely impressive bloke, and this ties in with your comment about his passion for customer service. He means it!

In another example of how Browett may be a better fit for Apple than previously realized, Mr. Harmer emailed Dixons Group to share the story of his experience and received an email back from CEO John Browett himself:

Thank you for your kind comments.

Hope the TV works out well.

When Steve Jobs was CEO, he was known to occasionally respond to customer emails directly. Since he became CEO, Tim Cook has been doing the same.

A lot of people would like to leave the UK. :)


You're actually that arrogantly stupid to think that there's UK members of this forum venting about how bad Dixons is because we're "jealous" that a UK citizen has left for America? Seriously? You're THAT unintelligent that you genuinely think that this whole "debate" is down to Brits being "annoyed" at America "stealing" a Brit?

Get over yourself, seriously, and do it as quick as possible before your delusions of grandeur warp your concept of life any further.

It's nothing to do with people being jealous that he left the UK and a lot of us here can't. The FACT, and it remains FACT, is that Dixons/PC World is/was a hellhole of a company and their stores are abysmal shopping experiences and were BEFORE, during, and AFTER this blokes tenure as CEO.

And, for an American, you're awfully smug about the debt situation in the EuroZone/UK when your own country contributes to the vast majority of world debt and your dodgy banks and their paper thin mortgage deals and lending promises brought the world economy to the biggest credit crunch since the depression.

Peace
Maybe he was a good guy at the wrong company ?
Score: 12 Votes (Like | Disagree)

spblat
This story makes me feel all warm and fuzzy. It makes me want to love Apple all up.

Yes, the irony. DSG are a plague on the people of the united kingdom. At one point they had the entire high street sown right up. PCWorld has an utterly atrocious reputation for customer service and honouring warranties.

I am assuming DSG stands for Dixon Service Group or something? Unfortunately, we are not all from the UK and watching Dr. Who teaches us only so much about civilization.
Score: 8 Votes (Like | Disagree)

koobcamuk
This guy has really landed on his feet here. Best of luck to him.

Dixons is an awful shop and always has been. I don't care what people write about the guy, us Brits have years of experience in poor quality Dixons, Currys and PC World. They are all utterly awful.
Score: 6 Votes (Like | Disagree)