While we've seen a number of possible "iPhone 4S" parts based on the iPhone 4 design in recent weeks, the design of the iPhone 5 has remained unclear with little concrete evidence of the device's design having yet surfaced. The first claim of a radical redesign surfaced back in April, suggesting that the iPhone 5 would adopt a "teardrop" form factor tapering in thickness from top to bottom.

By late July, a purported design document for the iPhone 5 surfaced and began to make its way to third-party case manufacturers, who apparently placed enough faith in its accuracy to begin making cases based on the design. 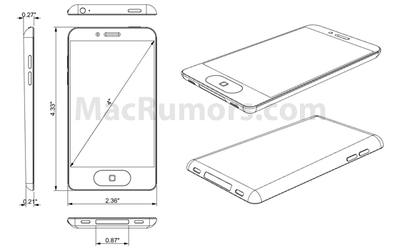 Based on that same design document, we commissioned a set of renderings in an attempt to get an idea of what the iPhone 5 might look like. Our designer took measurements of this imaginary device using the dock port as a standard measurement and produced the document shown above. Based on that extrapolation, the iPhone 5 design should have had dimensions of 4.33" x 2.36", suggesting a shorter but only slightly wider design. In comparison, the iPhone 4 dimensions are 4.5" x 2.31".

What we can't explain, however, is that the actual third-party cases circulating are significantly longer and wider than what the design document would have suggested.

We ordered a pair of these third-party iPhone 5 cases, confirming they are available for public sale and subjecting them to a series of measurements.

While accurate measurements were difficult to achieve due to open ends and overhangs on the sides of the case, we estimate the size of the phone at approximately 4.7" x 2.6". Measuring the expected thickness of the device is more challenging given uncertainty about exactly how the case snaps onto it along the sides, but the device certainly appears to be below .30" at its thickest and tapering by approximately .065" from top to bottom.

Macitynet.it also provides a nice gallery of size comparisons against an iPhone 4 with a soft iPhone 5 case.

Even a second-generation iPod touch, which measures in at a thickness of .33", is significantly thicker than the iPhone 5.

The iPhone 4's 3.5" (measured on the diagonal) screen measures approximately 1.95" in width within a total device width of 2.31", leaving approximately 0.36" for margins/bezel.

Unfortunately, we don't have any definitive answers. Depending on which evidence you believe, there are several possibilities.

If you believe these cases represent the final iPhone 5 design, then you also have to believe that the iPhone 5 will be much larger than the iPhone 4 and is certain to have at least a 4" screen. We still can't reconcile this data with the extrapolated dimensions from our designer that suggested a much smaller phone. Those dimensions match up more closely with the circulating rumors of a screen closer to 3.5"-3.7".

Apple is expected to reveal the iPhone 5 later this month for a possible October launch.

"...we don't have any definitive answers'

Oh brother, here we go again. If I had a nickel for every unfounded guessing game...


You do realize the irony of you complaining about guesses on a RUMOR site, right?
Score: 13 Votes (Like | Disagree)

This still seems (to me) to be more of a new, larger, gaming oriented iPod touch device than an iPhone. [snip].

If it was one, why make it so awkward to use in a landscape orientation? There's not a lot of games that use a portrait display.


There's not much point trusting the crap coming out of chinese factories anyway. 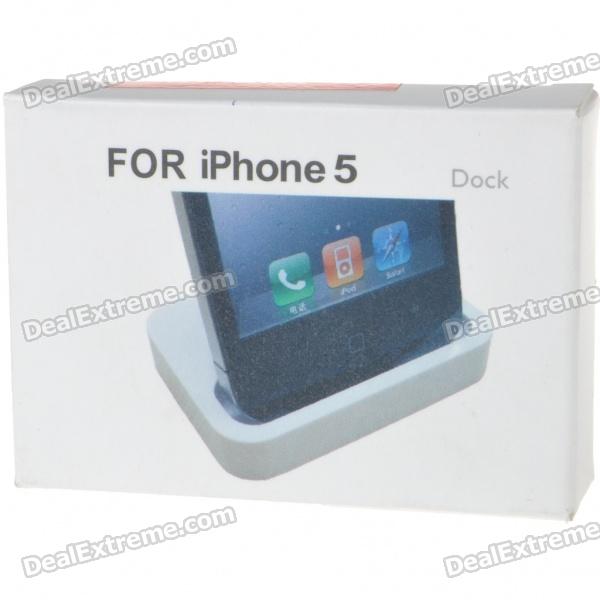 Menopause
Don't care much if it's not longer, give me a bigger screen and I'll be camping in front of the store with my kids on launch day eve ! :D
Score: 12 Votes (Like | Disagree)

ChrisTX
I wish I could find a source for this, but I remember reading some reports that stated Foxconn or whomever was actually manufacturing these devices for Apple were having a hard time due to it's extremely thin design. With that being said, everyone from WP7, to Android are producing devices with massively oversized displays. However these newer devices tend to blur the lines between a mobile phone and a tablet(Dell Streak, and now Samsung note anyone?). I suspect it will take Apple to come out and make a 4" screen not look so ridiculously bulky. I just hope the new iPhone remains pocketable, and stays portable.
Score: 10 Votes (Like | Disagree)
Read All Comments