Wednesday July 27, 2011 7:25 am PDT by Eric Slivka
DigiTimes reports that Apple and Samsung are both "evaluating" the use of solar cells in future consumer products, with the process having advanced as far as discussions with several Taiwanese solar firms about the technology. Any such products are said to be some time off, however, with projects still in the research stage as vendors work toward increasing efficiency of energy conversion.

Apple has expressed interest in solar power for a number of years, with a patent application published in 2008 discussing the possibility of placing solar cells underneath a mobile device's screen. A more recent one discussed building solar cells into the external surface of an iPod-like device and integrating a power management system to balance battery and solar power generation to compensate for changes in light input due to environmental factors or certain panels being obscured by the user's hand. 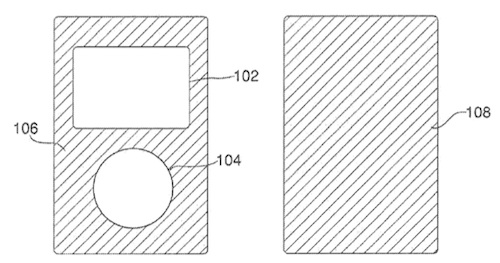 Even more recently, The Wall Street Journal reported that Apple is working on "a new way of charging" for next year's iPhone. Speculation has naturally centered on some form of wireless induction charging given that technology is already mature enough to have made it into the consumer market, but at the very least Apple seems to be seriously considering alternatives to traditional power production mechanisms for its future devices.

Now that I think of it, it could be viable with the hybrid screen, since that draws MUCH less power, and is easily viewable in the sun. Pretty much it would be topping off the battery as you read outside.


Maybe if Steve decides that the laws of physics no longer apply to Apple it will be viable. It's not altogether out of the question that that will happen, either.
Rating: 8 Votes

miles01110
Looks like another patent filed just for the fun of it. Handheld devices (that constantly reside in pockets and purses) have little utility for a solar panel. Leaving it out in the sun negates any charging provided by the solar cell by killing the battery.
Rating: 6 Votes

I have a couple very very old solar calculators that still work. Be nice to add some solar juicing capabilities to our current tech.


That's a processor with just enough power to process simple sums, and a screen that draws less than a millionth of a watt.


Even assuming 100% efficiency, there is no where near enough surface area on any Apple device to power it. Not even to charge it over a long period.

Face it, last time did you use an Apple device in direct sun for more than a minute?
Rating: 5 Votes

Doesn't have to be the sun. Seems like there are a lot of rather thick people here who don't understand this.


There's definitely some thickness about, but not where you think.
Rating: 4 Votes

Doesn't have to be the sun. Seems like there are a lot of rather thick people here who don't understand this. Odd, there have been solar-powered calculators for over three decades. I don't go outside to use mine in direct sunlight.

Most iPhone users I know leave their device on their desk at work.

A lot of people use iPods while exercising. I assume you do not exercise since you failed to recognize this.


You assume a lot.
Rating: 3 Votes

seinman
To the people saying "LOL it uses too much power!" stop and think for a minute. Solar panels wouldn't have to supply ALL of the power the phone needs. It would still have a battery. It's just a bonus. Say your battery normally lasts for 5 hours of talk time... well maybe having the solar panels on the phone increases that to 6. You still have the battery, you still charge it every night, but between charges it lasts a little longer. Sounds like a good thing to me.
Rating: 3 Votes

Now that I think of it, it could be viable with the hybrid screen, since that draws MUCH less power, and is easily viewable in the sun. Pretty much it would be topping off the battery as you read outside.


No. Even the radio, when idle, would draw more than any solar panel that would fit on your pocket.
Rating: 3 Votes

HangmanSwingset
So people in Seattle would still have to plug their iPhones in every night. Ossim.
Rating: 3 Votes

Porco
This is a really bright idea, I hope everyone warms to it.
Rating: 2 Votes