iPad Pro: How to Hard Reset or Shut Down

Apple's iPad Pro models, available in 11 or 12.9-inch size options, feature edge-to-edge displays with no Home buttons included. The lack of a Home button has resulted in some re-mapped gestures and features, with Apple introducing new restart, shut down, and force restart methods in the tablets.

A shut down and a restart are the same gesture now, while a force restart, used if a regular restart won't work, is a bit different.

To Shut Down/Restart Your iPad 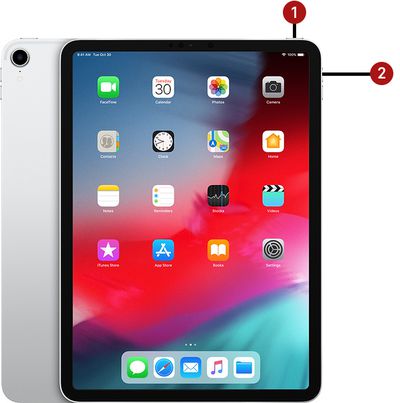 On previous devices, you could restart by holding down the home button and the side button on a device at the same time, but in the new models, you need to do a full shutdown and then power the tablet back up in a separate step.

You can also turn off your iPad by opening up the Settings app, choosing General, and selecting "Shut Down."

To Force Restart Your iPad