iOS 15 Safari Extensions Worth Checking Out

With iOS 15, Apple introduced a new design and a range of new features, including better support for extensions. Safari in ‌iOS 15‌ supports web extensions, which can be downloaded and installed through the App Store, so there are a much wider range of extension options for you to choose from. 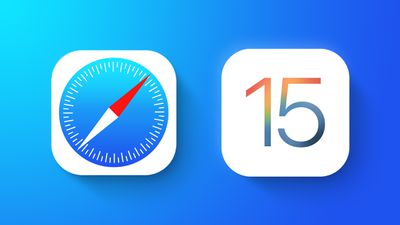 We've rounded up some of the most useful ‌iOS 15‌ extensions that we've found so far.

To install an extension, you need to download the extension app from the ‌App Store‌ and then open up the Safari section of the Settings app. From there, tap on "Extensions" and select the toggle next to the extension you want to enable.

If you want to find more extensions, just tap on the "More Extensions" button to go to the "Safari Extensions" section in the ‌App Store‌.

Alternatively, extensions can also be managed right in the browser window by tapping on the "Aa" button and then choosing the "Manage Extensions" option.

Have a favorite extension not listed here or want to offer feedback on this guide? Let us know in the comments below.

ChristianSelig
Woot! Thanks Juli, blows my mind for three of my apps to make the list. Hope everyone likes Amplosion, it was a lot of fun to build and really nice to finally have. It's open source too ('https://github.com/christianselig/Amplosion')if anyone wants to take a peak behind the curtains of what it does, Safari extensions can request quite a bit of permissions so I wanted to be pretty forthcoming with everything.
Score: 36 Votes (Like | Disagree)

Should also be pointed out that those of us who previously paid for 1Password, and are still using stand alone vaults with no subscription, can not only NOT use the new extension, but they took away the existing share sheet with no warning.

I dumped them for that. iCloud Keychain also stores all of the passcodes I need.
Score: 24 Votes (Like | Disagree)

Should also be pointed out that those of us who previously paid for 1Password, and are still using stand alone vaults with no subscription, can not only NOT use the new extension, but they took away the existing share sheet with no warning.

That's why I switched back to Apples own solution again, it's good enough now. Not gonna pay for 1Password, I bought their standalone versions for iOS and macOS but it ends here.
Score: 13 Votes (Like | Disagree)

nutmac
Regarding Amplosion, non-Google search engines such as DuckDuckGo do not link to AMP.
Score: 12 Votes (Like | Disagree)

oneMadRssn
If someone makes a Transmission web interface manager extention, which can open magnet links and send them to Transmission, I will buy you coffee for a week.
Score: 11 Votes (Like | Disagree)

Come on. The extensions for Safari are just an utter joke.

I disagree. Safari extensions that can actually read and manipulate web content is something on my list of "Things Apple would never do but would be amazing if they did"

It's not perfect, you can only get extensions from the App Store for example... but it's still pretty cool. This also opens up the door to all sorts of content blocking previously inaccessible to iOS users.
Score: 9 Votes (Like | Disagree)
Read All Comments

Thursday February 10, 2022 1:26 pm PST by Tim Hardwick
In iOS 15.4 and macOS Monterey 12.3, Apple introduced Universal Control, a feature designed to allow you to control multiple Macs and iPads with a single trackpad/mouse and keyboard. This article offers solutions to the most common problems encountered when getting Universal Control to work. With Universal Control, you can use your main Mac's trackpad and keyboard to control additional Macs...
Read Full Article • 61 comments

Wednesday January 26, 2022 10:34 am PST by Juli Clover
Apple on January 26 finally released the iOS 15.3 and iPadOS 15.3 updates to the public, but unfortunately, these updates are focused more on security fixes than outward-facing changes. You won't find fun new feature additions to iOS 15.3 when updating, but it is imperative to install the new software because there are important vulnerability fixes that will keep you safer online. Safari...
Read Full Article

Friday September 3, 2021 2:10 pm PDT by Juli Clover
Apple's Safari app has undergone a number of changes during the iOS 15 beta testing process. Apple started out with a radical new design that moved the address bar from the top of the app's interface and introduced a floating tab bar, but after a multitude of complaints, there were several redesigns that culminated in an option to undo the iOS 15 design entirely. Subscribe to the MacRumors ...
Read Full Article • 47 comments