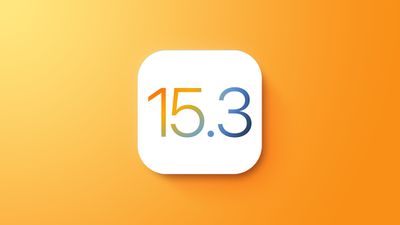 You won't find fun new feature additions to iOS 15.3 when updating, but it is imperative to install the new software because there are important vulnerability fixes that will keep you safer online.

Apple in this update addressed a Safari vulnerability that was widely publicized.

In Safari in iOS 15 and ‌iPadOS 15‌, there was an issue with Apple's WebKit implementation of the IndexedDB JavaScript API. Websites that use IndexedDB were able to access the names of IndexedDB databases generated by other websites during the same browsing session, which essentially allowed a malicious website to spy on other websites that a Safari user visited.

After updating to iOS 15.3 and iPadOS 15.3, the Safari bug will be patched, so the vulnerability can no longer be used to glean details about your recent browsing history and identity. You do need to update even if you use Chrome because Chrome on iOS 15 is impacted, and if you have a Mac, you'll want to check for macOS 12.2, which fixes the same Safari bug.

iOS 15.3 also fixes a memory corruption bug that could allow a malicious application to execute arbitrary code with kernel privileges. Apple says that this bug may have been actively exploited, which means that hackers were using it in the wild and some iOS users may have been impacted.

iOS 15.3 and iPadOS 15.3 resolve an issue with HomeKit camera thumbnails failing to refresh for some users in the Home app.

HomeKit Secure Video cameras added to the Home app each have a thumbnail that provides a still view of recent footage, and normally these thumbnails automatically refresh periodically. In recent weeks, the thumbnails had failed to refresh for some users, but the bug appears to have been fixed on iOS 15.3 and iPadOS 15.3.

The iOS 15.3 and iPadOS 15.3 updates also address several other vulnerabilities with ColorSync, Crash Reporter, iCloud, and the Kernel, but none of these were known to have been actively exploited.

When a bug is patched that was actually used by hackers and other malicious entities, Apple reports it, but that's not the case here. The only known actively exploited vulnerability was the IOMobileFrameBuffer bug outlined above.

Details on all of the bugs fixed in iOS 15.3 and iPadOS 15.3 can be found in Apple's security support document.

You'll want to update to iOS 15.3 right away to get these important security fixes. To do so, open the Settings app on your iPhone or iPad and select General -> Software Update.

Friday March 18, 2022 11:26 am PDT by Hartley Charlton
The all-new Mac Studio is currently Apple's most powerful desktop computer, surpassing even the high-end Mac Pro. The Mac Studio also starts at $1,999, substantially less than the $5,999 starting price of the Intel-based Mac Pro. So why is the more expensive Mac Pro still in the lineup and should you buy it over the new Mac Studio? Our guide helps to answer the question of how to decide...
Read Full Article • 134 comments

Thursday February 10, 2022 1:26 pm PST by Tim Hardwick
In iOS 15.4 and macOS Monterey 12.3, Apple introduced Universal Control, a feature designed to allow you to control multiple Macs and iPads with a single trackpad/mouse and keyboard. This article offers solutions to the most common problems encountered when getting Universal Control to work. With Universal Control, you can use your main Mac's trackpad and keyboard to control additional Macs...
Read Full Article • 65 comments

Thursday June 10, 2021 8:36 am PDT by Eric Slivka
Update June 30: The first public betas of iOS 15 and iPadOS 15 are now available to download. Public beta programs for watchOS 8 and tvOS 15 are also rolling out, but Apple has yet to release a public beta for macOS Monterey. Announced in June at Apple's Worldwide Developers Conference, iOS 15 and iPadOS 15 are Apple's next-generation operating systems for iPhone and iPad. iOS 15 and...
Read Full Article

Friday March 11, 2022 12:22 pm PST by Hartley Charlton
The Mac Studio is Apple's most powerful custom silicon standalone desktop computer, overtaking the entry-level M1-based Mac mini that Apple launched in November 2020. The Mac Studio starts at $1,999, dwarfing the $699 starting price of the Apple silicon-based Mac mini, so do you need the latest high-end Mac, or is the humble Mac mini sufficient for your needs? Our guide helps to answer the...
Read Full Article • 307 comments

Friday September 24, 2021 7:42 am PDT by Hartley Charlton
For the first time, Apple is allowing users to continue using iOS 14, even after the launch of iOS 15. So should you update to iOS 15 or stick with iOS 14? In previous years, the main reason users needed to update their iPhone to a major new OS release was to continue getting important security updates. Apple would release security updates to older devices that could not upgrade to the...
Read Full Article

Friday December 2, 2022 10:54 am PST by Juli Clover
Google is continuing on with its attempt to convince Apple to adopt the RCS messaging standard, publishing a new "it's time for RCS" blog post. Promoted heavily by Google, RCS or Rich Communication Services is a messaging standard that is designed to replace the current SMS messaging standard. It provides support for higher resolution photos and videos, audio messages, and bigger file sizes, ...
Read Full Article • 581 comments