This week's best deals include markdowns on the AirPods 2 and AirPods Pro, Apple TV 4K, and Magic Trackpad 2, all of which are still available to purchase at notable discounts from Amazon and other retailers. 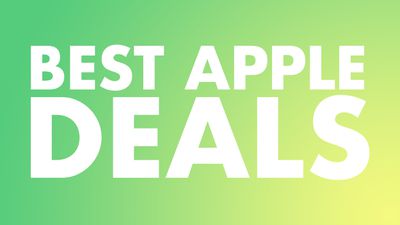 Apple's AirPods 2 returned to $99.99 this week on Amazon, down from $129.00. Prime Day had a sale that was around $10 cheaper, but with that event over and the holiday deal season still months away, this is a solid off-season deal on the AirPods 2.

The Apple TV 4K is another product that hasn't quite returned to its all-time low Prime Day price (and at this point, we don't expect it to in the near future). The good news is that you can still get the 32GB model at a solid price of $129.99 on Amazon this week, down from $179.00.

In the middle of the week we shared a deal on the Magic Trackpad 2, and since then that sale price has increased slightly. Instead of $89.99, you can get the Magic Trackpad 2 on Adorama for $99.99, down from $129.00, which is still a good deal and the best around online for a new version of the accessory.

shinkansenwarrior
Yesterday Japan Apple store selling refurb deals @15% off regular pricing.
Couldn't sleep as weather so muggy in summer jungle heat in Tokyo...checked the Apple refurb section and they had a fresh load of MB Airs in stock on sale. Picked up a 8 core gou M1 MB Air with 1TB SSD 16GB RAM for around 1250 dollars.
Ordered yesterday ...arriving today!!
It pays not to sleep sometimes LOL.
Score: 4 Votes (Like | Disagree)
Read All Comments