Apple Reportedly Moving Some iPad Production From China to Vietnam

Apple is shifting some iPad production from China to Vietnam for the first time, Nikkei Asia reports. 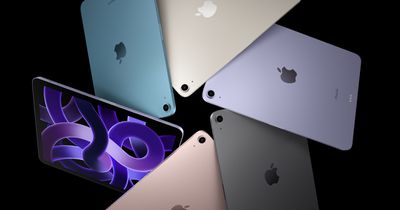 Currently, the overwhelming majority of the ‌iPad‌'s supply chain is concentrated in China. Apple has been reported to be interested in moving at least some ‌iPad‌ production to Vietnam since January 2021, but supply chain issues over the past year are said to have delayed the move. Now, the supply chain disruption caused by lockdown measures in China is reported to have hastened Apple's desire to move some production out of the country.

China's BYD, one of the leading ‌iPad‌ assemblers, has purportedly assisted Apple in setting up new ‌iPad‌ production lines in Vietnam. The ‌iPad‌ will become Apple's second major product line to be manufactured in Vietnam, following AirPods.

Apple has also reportedly asked many of its suppliers to build up component inventories for all of its devices to guard against any future shortages. The company is said to have moved quickly to secure supplies of chips, particularly with regards to power management, for upcoming iPhone models. Apple is even believed to have shouldered some logistical and transportation costs for suppliers to ensure that materials needed for production arrive on time.

According to the report, Apple hopes that its suppliers are able to manufacture enough additional components in the coming months to fully offset the setbacks in China, but suppliers are said to be hesitant about slowing demand that could leave them with large stocks of unused components. Nevertheless, analysts believe that the impact of supply chain disruption on major clients like Apple remains "controllable," with automakers and smaller Android and PC brands being hit harder.

vagos
Good. We want to see more production moved out of china. Minimizes risks in the long run.
Score: 32 Votes (Like | Disagree)

Freeangel1
can they move the Macs there too?

TheYayAreaLiving ?
I really wish it was, "All iPad production from China to Vietnam ??".

Apple: Please let it be the production of iPhone 14 next.
Score: 12 Votes (Like | Disagree)

adamw
About time. Supply chain needs to be reinforced to prevent shortages.
Score: 8 Votes (Like | Disagree)

mectojic
This is a good move.
Score: 7 Votes (Like | Disagree)
Read All Comments